CHICAGO — The Truck and Engine Manufacturers Association (EMA) has issued a statement outlining its concerns about regulations approved Aug. 26 by the California Air Resources Board (CARB) that will affect heavy-duty trucks sold in California.

“CARB’s far-reaching Omnibus Low-NOx Rule is not technologically feasible or cost-effective,” said Jed Mandel, president of EMA. “In addition, the requirements starting in 2024 fail to provide the statutorily required minimum lead time for manufacturers to develop the technologies.”

“The compounding and overlapping nature of the two regulatory mandates that CARB approved this summer threatens California’s commercial truck market. Instead of purchasing expensive, complicated and unproven new vehicles in California, truck operators and freight shippers are likely to maintain old trucks longer and seek solutions outside the state,” Mandel said. “We fear that jobs, the economy, and the environment all will be at risk as truckers buy vehicles out of state, dealers lose sales and the state loses jobs and tax revenue.”

A fact sheet from CARB regarding the regulations notes that heavy-duty trucks generate 31% of all NOx emissions in the state of California, along with more than 25% of the state’s total diesel particulate matter emissions.

According to EMA, CARB has underestimated the costs associated with implementing the Omnibus Low-NOx Rule and overestimated the potential environmental benefits, as stated in a 342-page document containing EMAs technical research and comments on the proposed rulemaking. According to EMA, the Omnibus Low-NOX Rule will result in increased fuel consumption, placing the regulations in conflict with CARB’s greenhouse gas standards. In addition, EMA says, “Effective and implementable alternatives exist to the cost-prohibitive and unworkable Omnibus Low-NOx regulations” approved by CARB.

“We recognize the significant ozone and air-quality challenges in California. In response, we proposed a national low-NOx program to CARB that would have resulted in meaningful NOx reductions in California at significantly less cost than the Omnibus Low-NOX Rule,” Mandel said. “Unfortunately, CARB rejected our ideas and has adopted a package of expensive and impracticable, California-only regulatory mandates that will only affect a small portion of the heavy-duty trucks operating in California and therefore will not achieve meaningful NOx reductions.”

When testifying to CARB about the Omnibus Low-NOx Rule, Mandel stated, “EMA and its members stand ready to work with CARB and its staff to implement a credible NOX reduction program.” Following CARB’s Aug. 26 decision, Mandel said that “a workable and implementable heavy-duty NOx program is attainable — one that addresses California’s environmental needs while preserving the availability of new commercial vehicles that trucking fleets in the state need to move goods in California. Unfortunately, the rule CARB adopted today is not it.” 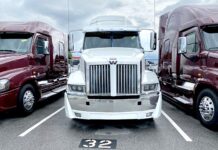 STOCKBRIDGE, Ga. — In keeping with guidelines mandated because of the global COVID-19 pandemic, the Used Truck Association (UTA) is changing its 21st annual convention... 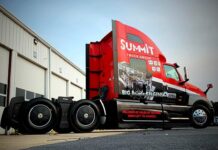 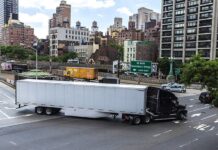