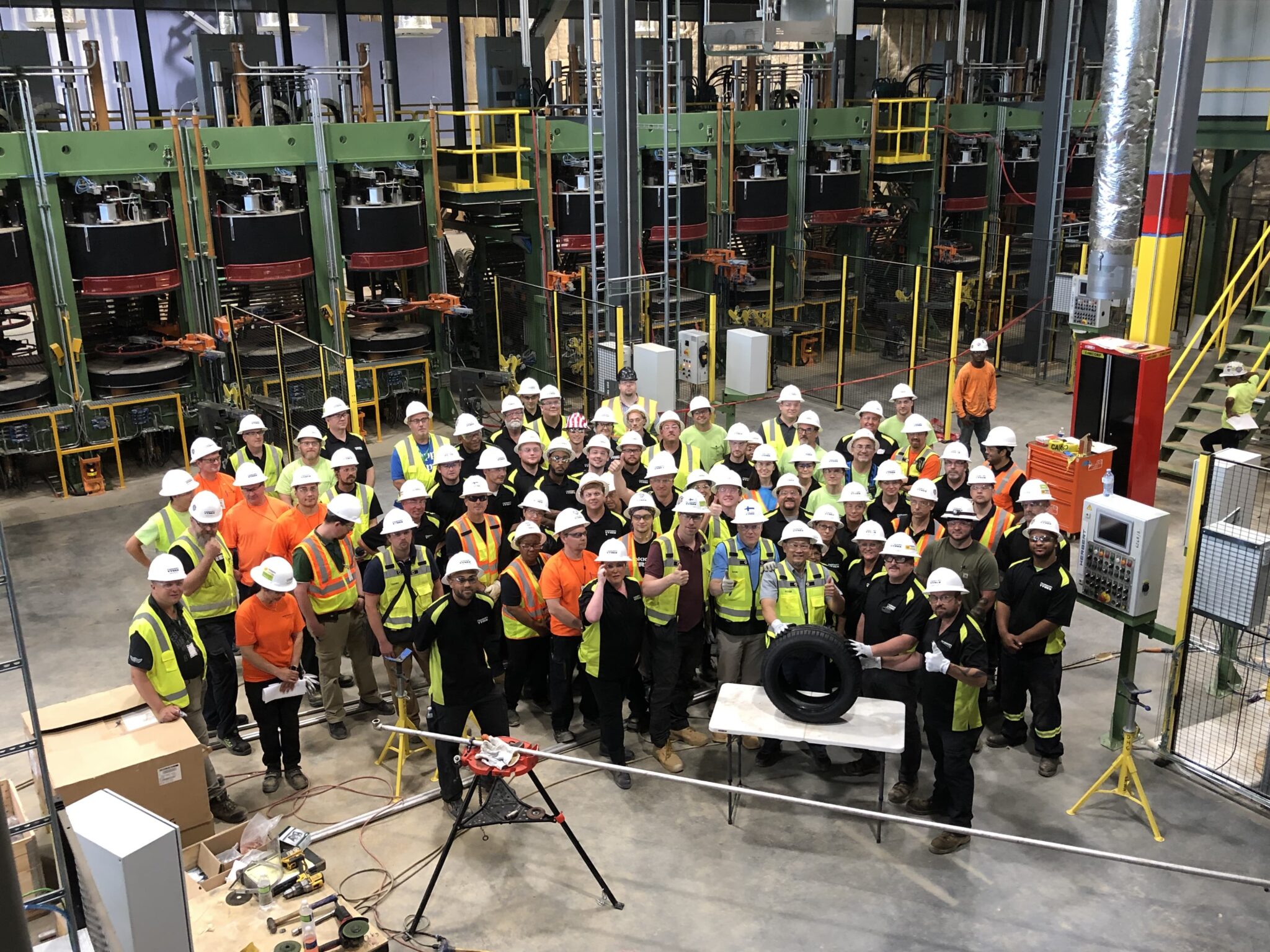 The company has produced the first test tire at its factory in Dayton. The first tire, a Nokian eNTYRE 2.0 in size 205/55R16, marks the beginning of trial production in preparation for building of tires for commercial sale.

The Dayton Factory will serve as a catalyst for Nokian Tyres’ growth strategy in North America; the company aims to double sales in the region by 2023.

“The first tire milestone is significant for our production team, our employees throughout North America and our team around the globe,” said Nokian Tyres Senior Vice President Mark Earl, who oversees the company’s North American operations. “We’re happy to share this news with our customers, who will benefit from the expanded product range and enhanced service the factory will enable us to offer.”

Between now and the end of the year, Nokian Tyres will produce thousands more tires for testing and machine calibration purposes. Annual capacity at the factory will be 4 million tires in 2023, with further expansion potential.

The facility, an investment of $360 million, will allow the company to make premium products tailored to the needs of North American consumers, expand its customer base, and strengthen its relationships with existing customers, Earl said.

The factory’s production team recently returned home from an intensive six-week training experience at Nokian Tyres’ other factories in Russia and Finland. The training trip immersed employees in the company’s production processes and introduced them to its life-driven culture.

“We aren’t just focused on building premium products; we also want to offer a premium experience for members of our team,” Dayton Factory Operations Director Peter Chia said. “Simply put: We want to be the employer of choice in Southeast Tennessee.”

A company spokesperson said being a Scandinavian company, Nokian chose to use the European spelling of tyres.