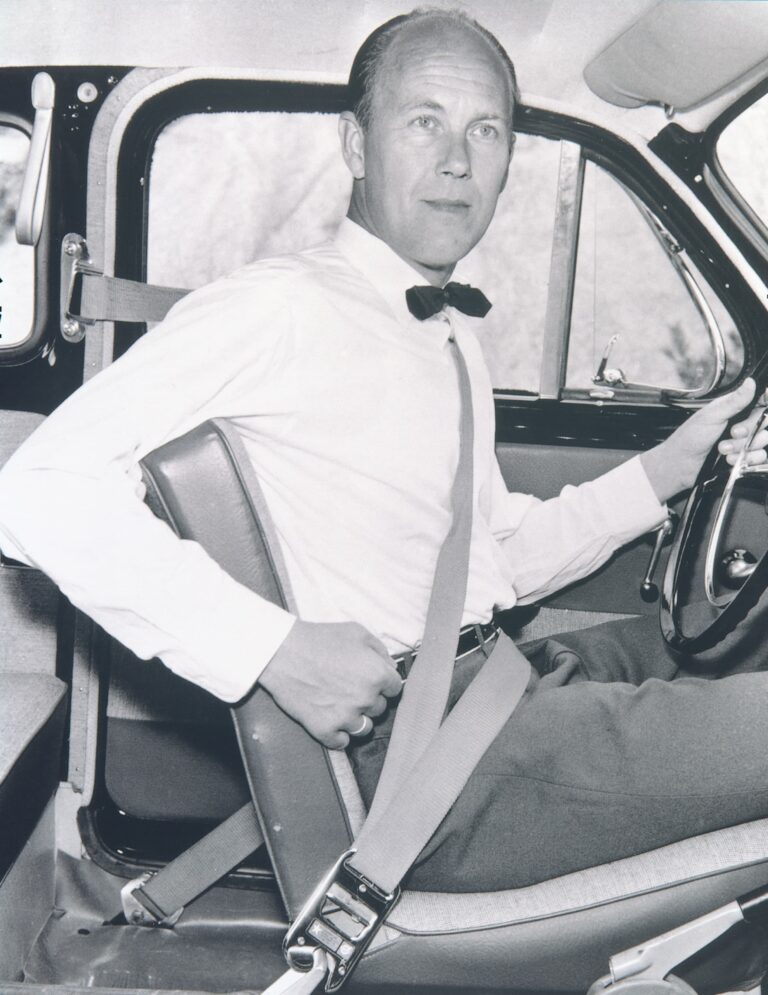 Today the seat belt is still seen as the world´s most important traffic safety innovation ever and is estimated to have saved more than 1 million lives.

However, even with these facts in hand, too many truck drivers neglect to use this simple device. “This is clearly a waste of lives,” said Anna Wrige Berling, Volvo Truck’s newly-appointed traffic and product safety director. “The record shows that there would be so many fewer casualties if all drivers used their belts.”

In 1959, the Volvo engineer Nils Bohlin developed the modern three-point seat belt. Although the design was patented, the company decided the patent was to be left open, making it available to all vehicle manufacturers to use for free. This rather unconventional decision was made in the greater interest of public safety, to ensure that everyone, independently of whether they drove a Volvo or not, could be safer in traffic. This decision proved to be very beneficial to the world.

“There is no safety system that comes even close to the seat belt in terms of saving lives, and the three-point safety belt has protected more people in traffic accidents than any other safety device,” Wrige Berling said.

In many parts of the world seat belt usage among heavy truck occupants is unfortunately still far from 100%.

“The Volvo Trucks Safety Report for 2017 showed that half of all truck drivers killed in traffic accidents would have survived if they had been wearing their seat belt,” Wrige Berling said.

So what are the reasons it’s not used? Some truck drivers mistakenly believe that there is no need for a belt in a truck, because of the size of the vehicle.

“The facts are clear: Using the belt is very important also in trucks. For example, in rollover accidents, the belt can help protect the driver from being jammed between the truck and the ground,” Wrige Berling said.

Volvo Trucks has a vision of zero accidents and believes that truck manufacturers, traffic authorities, infrastructure planners, other experts, and drivers around the world need to work together to achieve a safer traffic environment.

“We are sharing our traffic safety findings widely and have offered our knowledge and expertise to universities, research laboratories and partner organizations,” Wrige Berling said. “Whenever traffic safety is discussed, we want to participate. This helps us learn even more about the issues, the potential solutions and how to design the trucks of the future.”

Wrige Berling brings in-depth knowledge of traffic safety issues to her new position. She has extensive experience from working with both active and passive safety issues within the Volvo Group´s product development, advanced engineering and research organizations.

During 2008-2013, she led the Volvo Trucks Accident Research Team, which since 1969 has investigated traffic accidents on site and compiled traffic safety data for use in future product development. She has represented Volvo in external traffic safety forums and has had a prominent role in the communication of Volvo’s safety offering to the transportation industry.

Most recently Wrige Berling has been managing the area of Traffic Situation Management within automated driving at Volvo Trucks. She holds a Master of Science in Engineering Physics from Chalmers University of Technology in Gothenburg, Sweden.