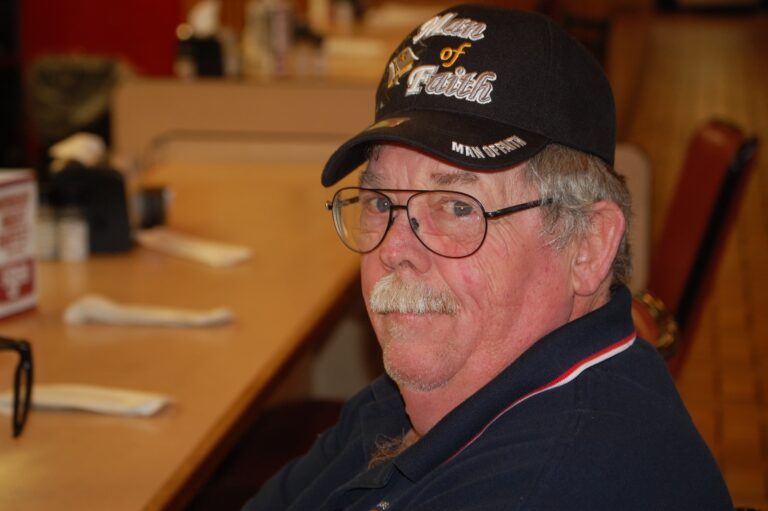 Dan Johnson of Milton, Florida, northeast of Pensacola, can tell you what destruction looks like. One kind is caused by the hurricanes that routinely pummel his home state of Florida. The other kind occurs on the nation’s highways, mostly caused by unthinking four-wheelers but sometimes by truck drivers.

A 22-year career driver and retired Navy man, Johnson has seen a lot of changes on the road, but said the most dangerous one is that “everyone is in a hurry and no one is paying attention.”

Mainly, he said, the drivers not paying attention are four-wheelers, like the woman he saw recently doing 75 mph while her eyes were glued to her texts.

He tries to give four-wheel motorists the benefit of the doubt because he said the truck driver is up higher and thus can see farther down the road.

But many of these motorists are an accident waiting to happen. In general, he said, “four-wheelers don’t pay attention to nothing.”

And newbie truck drivers, he said, can’t drive safely and are unwilling to learn.

This Heartland driver’s father was a trucker and Johnson said he more or less just “fell in track” with what his dad did.

When a reporter from The Trucker caught up with him he was finishing up breakfast and getting ready to begin his 34-hour restart at the TA/Petro at North Little Rock, Arkansas’s Galloway Exit just off Interstate 40. Then he was headed to Springfield, Missouri.

Johnson began driving over-the-road in 1996 after retiring from the Navy, although he had hauled local loads for his father before then.

He hauls dry van now but has also driven reefers, and said his favorite load would have to be a bunch of dinosaurs.

Yes, dinosaurs. He hauled a van load of life-size models for Jurassic Tour, which goes across the country and sets up some 50 large and small model dinosaurs, which move and make terrifying noises. He loved hauling the dinosaurs around and seeing how children of all ages reacted to the automated creatures.

Johnson has four grown children of his own, seven grandchildren, and two great-grandkids, but said none of them have expressed interest in becoming a truck driver.

“It’s not a life for a lot of people,” he said, and compared it to the Navy when he was at sea for weeks at a time.

The Navy, however, taught him discipline, which he said is sorely lacking in today’s workplaces.

He would caution would-be truck drivers, however, that trucking is not a good occupation for people who want a family. He’s divorced.

On the other hand, one can make good money in trucking “eventually,” he said.

In fact, Johnson said 2018 was the most successful year he’s had in trucking to date.

“I can’t complain,” he said. “The Lord has blessed me very well.”

A Christian for several years, Johnson attends Hickory Hammock Baptist Church when he’s home. He has no excuse because it’s right across the street from his house.

Sometimes, he said, he will turn on a program to hear someone such as Joel Osteen preach, and the minister will be talking about exactly what Johnson has been praying.

On Thursday nights he has a call-in discussion with folks in his church. Other times, he goes to church services at various truck stops.

Listen, and follow what God says, is Johnson’s advice for motorists, be they truck drivers or four-wheelers.

He said safety regulations have swung from one end of the pendulum to the other, and he’d like them to swing back toward the middle.

Autonomous and driverless trucks aren’t the answer to safety issues, he said, and he’s leery of what will happen when self-driving trucks become commonplace: “For me, that’s bad news.”

Johnson worked for one company which he said had trucks that automatically did hard braking if the outward-facing camera showed he was getting too close to the vehicle in front of him. In some situations, he said, that can be unsafe, in snow and ice — or if the motorist behind is speeding — for example.

At Heartland, he said, “I drive the truck,” and that’s the way he likes it.