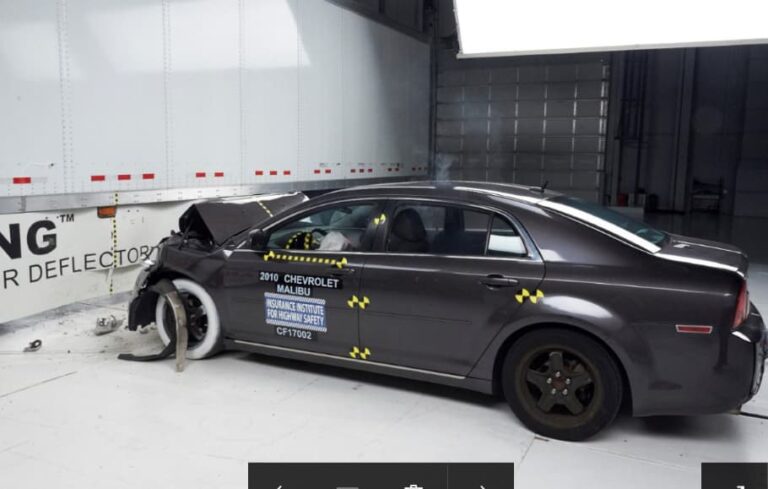 The act was introduced in the previous Congress, but never got out of committee.

The legislation is opposed by the Owner-Operator Independent Drivers Association. Neither did it get an endorsement from the American Trucking Associations.

An underride crash occurs when a car slides under a large truck, such as a semi-trailer, during an accident.

When these accidents happen, a car’s safety features are rendered useless because most of the car slides under the trailer and the truck crashes straight through the windows and into the passengers, the four members of Congress said in a news release.

Under the bill, all commercial vehicles weighing 10,000 pounds or more would be required to be outfitted with underride guards on both side and the rear.

According to the lawmakers, studies and pilot programs show that a simple barrier attached to the lower area of a truck, called an “underride guard,” would help prevent a car from sliding underneath a truck in an accident. Under current federal law, underride guards are not required to be on the sides or front of trucks. Underride guards are already required for the back of a truck, but the standards are outdated.

“Congress has the ability to make simple and commonsense changes that would save lives on the roads. Truck underride guards are one of the best and easiest solutions for protecting passengers and preventing them from being killed when a car collides with a truck,” Gillibrand said.

“ATA believes the government should focus on crash avoidance technologies and strategies rather than expensive and unproven collision mitigation equipment,” said Sean McNally, ATA vice president of communications and press secretary. “This legislation, while well-intended and a heartfelt response to family tragedy, seeks to address a certain type of truck-involved accident through a highly prescriptive mandate. Regrettably, the bill is not based on science, data or safety benefit. Moreover, the bill ignores the potential technical issues it raises, as well as the diversity of our industry and other technologies for addressing these and other crashes.”

OOIDA said such requirements cannot be accommodated on most trucking equipment and would yield little if any safety benefit, while costing truckers billions to comply.

OOIDA had previously opposed the same effort a year ago, particularly with regard to the requirements for putting side and front underride guards on all trucks and trailers retroactively.

“There is no assurance that such installations would result in fewer or less severe crashes involving heavy vehicles,” said OOIDA President Todd Spencer.

Spencer said OOIDA is aware that for several decades the federal government has considered numerous proposed rules involving underride guards, but consistently concluded that the costs and impracticality would far outweigh perceived benefits to safety.

“Nothing has changed over these years,” said Spencer. “Proponents of this effort have given little consideration to the impact that front and side underride guards would have on the daily operations of truckers,” Spencer said. “Truck drivers would face serious challenges navigating grade crossings, high curbs and numerous other road conditions. Additionally, no front underride equipment is currently on the market because the concept lacks any practicality.”

Similar to original efforts last year, two newly introduced bills, H.R. 1511 and S. 665, also seek updates to existing regulations for rear underride guards.  The association does not object to this portion of the proposals, Spencer said.

“We agree that the underride guards on the backs of trailers could be improved,” he said. “But the proposals as written go too far in broadly, retroactively requiring them on all trucks and trailers. Trucking is a diverse industry and such devices just simply can’t be attached to all types of equipment.”

DeSaulnier said in the news release that each year, truck underride collisions claim the lives of at least 300 people.

“No parent, friend, or loved one should have to suffer such a loss when there are commonsense safety improvements that can be made,” DeSaulnier said. “I am particularly thankful to Marianne Karth and Lois Durso, who each lost children in truck underride collisions, for their tireless work to make sure no other family suffers this same kind of loss.”