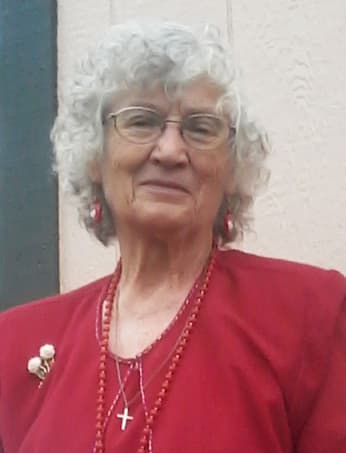 PLOVER, Wis. — Bonnie Neal has been chosen as the Women In Trucking Association April 2019 Member of the Month.

The 76-year-old is currently driving part time in Oregon.

Neal has been in trucks since she was 10 years old, riding with her dad in a log truck in the Oregon Mountains. She had to quit riding with him when she was old enough to drive as girls were not allowed to drive trucks at that time.

At the age of 18, Bonnie married a logger’s son who also wanted to drive. He eventually began hauling produce on the West coast for a company that allowed female drivers.

In 1974, Neal paid $20 for the truck driver’s medical card, $10 for the chauffeur’s license endorsement on her driver’s license and was finally allowed behind the wheel of a truck.

Her husband quit driving in 1982, and Neal ran their 1979 Freightliner COE for a few more months. A divorce sent her out on her own.

Neal began driving for a company in Portland, Oregon, running teams. She decided to drive solo but couldn’t find a company in the area that would hire a solo woman driver. Once she moved to Texas she had no problem finding a job. She stayed in Texas for over 30 years driving long haul, regional and construction.

In 2011, Neal experienced health issues that forced her to quit driving for four years. Once she recovered, she went back to trucking. In 2016, she moved back to her hometown in Oregon where she continued her driving career.

After over 40 years on the road, Neal still loves driving and says it was all worth it. Her advice is to show kindness even when it is not expected. She feels blessed to drive for a company that shows respect and kindness not only to her, but to all their employees. “It makes a huge difference,” she said.

Neal was taught at a young age that when you take care of your vehicle, it will take care of you. She shares the same message about her truck. She suggests to those wanting to be professional drivers to take care of your equipment, listen to your own personal needs and let your faith guide you. “Trucking is a lifestyle, period. Is a fun way to live, you will love it if you really enjoy changes and rolling on down the road,” she said.