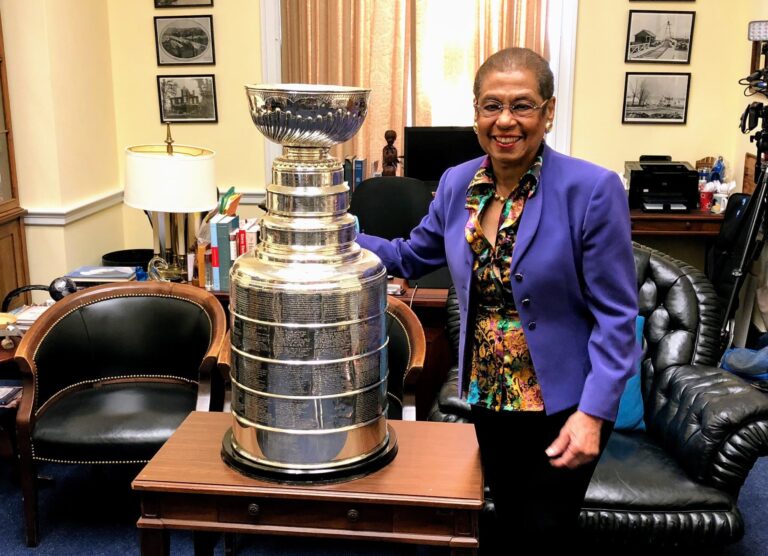 WASHINGTON — Finding a bipartisan solution to funding surface transportation and other infrastructure needs remains a major challenge in Congress, according to the chair and ranking member of the House of Representatives Subcommittee on Highways and Transit.

Speaking during the “Transforming Transportation” roundtable sponsored by Axios and Uber, Rep. Eleanor Holmes Norton, a Democrat and the at-large-representative for the District of Columbia, as well as the chair of the House Highways and Transit subcommittee, said “money is the long and short of it. I would say that while our committee is the most bipartisan in Congress, the big divide is how we pay for transportation.”

She added that “we are no further along on the discussion over money than we were four years ago” when Congress passed the Fixing America’s Surface Transportation or FAST Act, according to an article in the Journal of the American Association of State Highway and Transportation Officials (AASHTO).

“The world of transportation has changed and the way we are supposed to pay for it is changing,” Holmes said.

Rep. Rodney Davis, R-Ill., the subcommittee’s ranking member, agreed with Norton’s view, saying it is “difficult to raise the gas tax,” especially as more fuel-efficient cars and trucks along with wider use of electric vehicles is “decimating” the revenue stream feeding into the Highway Trust Fund.

Davis said during the event that he believes transportation funding needs to be viewed like a 401 (k) retirement account.

Norton noted, however, that many states are boosting transportation funding on their own – including raising fuel taxes.

“That says to me [raising fuel taxes] is not a controversial issue,” she said. “Congress must have guts to do what it has to do or come up with a different system” to fund transportation needs.

Norton added that alternative funding methods, such as a vehicle miles traveled or VMT fee, are only being adopted slowly.

“Even that [the VMT fee] is controversial, in terms of how we measure it and whether it is an invasion of privacy,” she said. “There are states in the West trying it out – but that’s closest we’ve come to a new vision.”

In the end, Norton stressed that to improve transportation, “it is going to cost us one way or another. We either pay for it or be stuck in the Eisenhower era of transportation and infrastructure.”  8