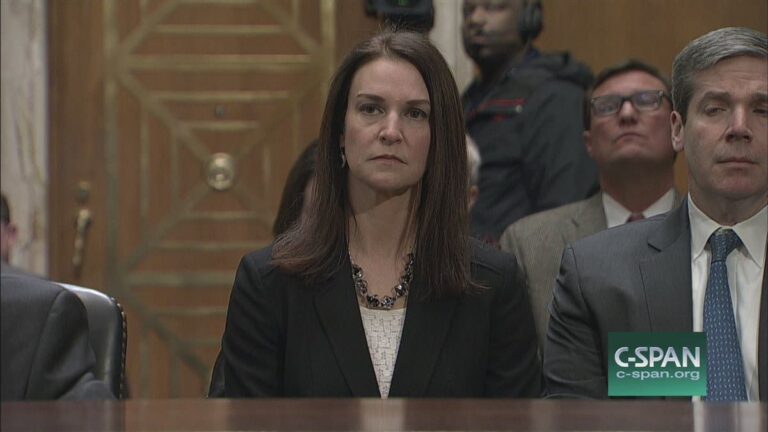 WASHINGTON — By a vote of 95-1, with Sen. Bernie Sanders, I-Vt., the lone “no” vote, the Senate has confirmed Nicole Nason to be the next administrator of the Federal Highway Administration.

Nominated by President Donald Trump on January 3, Nason noted in her confirmation testimony that she plans to place particular emphasis on beefing up rural road safety, according to an article in the Journal of the American Association of State Highway and Transportation Officials.

“My priority is safety on all roads, but we must recognize and address some of the unique safety challenges faced by rural communities,” she said in her testimony before Senate Committee on Environment and Public Works on January 29.

“Nicole Nason will do an excellent job leading the Federal Highway Administration,” said Sen. John Barrasso, R-Wyo., chairman of the EPW committee, in a March 28 statement. “She will be an important partner as Congress drafts and implements bipartisan highway infrastructure legislation.”

“The confirmation of Nicole Nason as the nation’s top highway official will bring permanent leadership to the Federal Highway Administration,” added the U.S. Department of Transportation in a formal statement issued on March 29. “We are pleased to have someone with her management experience and knowledge of transportation join the Department to lead the important work of the agency.”

Jim Tymon, executive director of the American Association of State Highway and Transportation Officials, welcomed Nason’s confirmation as FHWA Administrator and looks forward to working with her.

“Given the nearly unanimous vote by the Senate to confirm her, we believe Nicole Nason is not only a wise choice to be the next FHWA Administrator but one who clearly enjoys strong bipartisan support,” he said in a statement. “We look forward to working with her to advance our nation’s transportation infrastructure goals through a strong partnership between FHWA and our state transportation departments.”