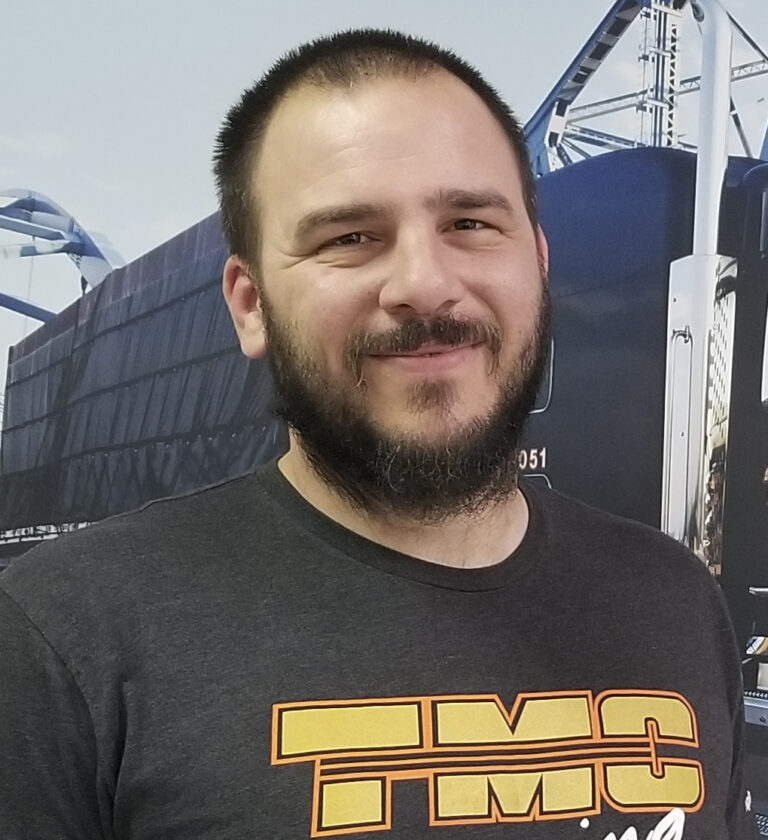 DES MOINES, Iowa — David Isaac has been named TMC Transportation’s Trainer of the Month for September.

Isaac started at TMC on Valentine’s Day in 2014. He spent eight years in the military and transitioned into his job at TMC while he was still enlisted.

“TMC was the only flatbed company that stood out to me, especially the company being employee-owned,” he said.

After driving on his own for a year and a half, Isaac decided to give driver training a try.

“The instruction aspect of the job was interesting to me,” he said. “There are multiple ways to do one job, but I wanted to make sure that the end result is what is required of our company standards.”

When it comes to his training style, Isaac takes a supervising role.

“I try to let my trainees do as much as they can on their own, but I keep a close eye on them so I can correct them as needed,” he says. “I feel like this is the best way for them to get a feel of what it will be like once they have their own truck.”

Isaac’s favorite part of training is meeting other drivers and helping to be a part of their success. “It’s great to see new guys do well,” he said, adding that it is great for the company and himself as a driver.

“You can learn even while you’re teaching, whether it be a load you wouldn’t normally or discovering a more efficient way to do things,” he said.

Overall, Isaac is grateful for the opportunities he’s had while driving for TMC.

“From the discipline it takes to do the job to the relationships I have built with my peers, I wouldn’t trade it for anything else,” he said.

Each month a TMC Transportation trainer who demonstrates the outstanding qualities TMC looks for in a trainer is honored. The Trainer of the Month recipient is chosen based on their safety record and the safety performance of their trainees, the number of drivers trained and the retention percentage of those drivers.