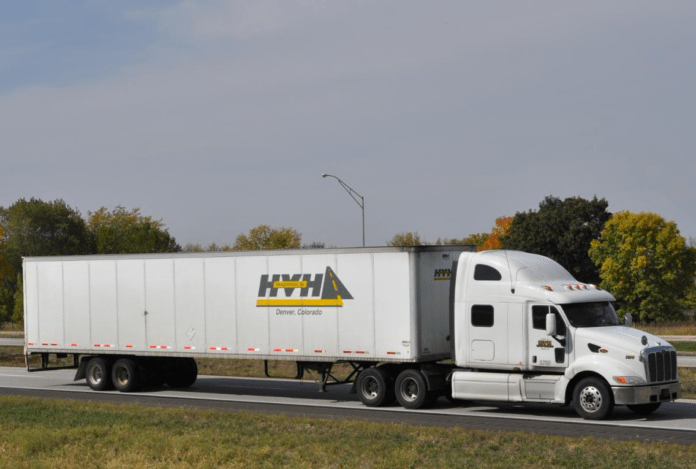 HVH Transportation, listed as having 344 power units operating in 29 states and Alberta, Canada, began informing drivers Tuesday that the company was ceasing operations and to stop where they were. (The Trucker file photo)

In a move that is unfortunately starting to lose its shock value, another truckload carrier has shut down operations without notice, reportedly stranding drivers without an immediate explanation or a way to get home.

Denver-based HVH Transportation, which according to Department of Transportation records had 344 power units and 322 drivers, began sending out messages to drivers Tuesday evening to cease operations, according to reports. Drivers then discovered their fuel cards had been deactivated, as well.

According to the company website, which was still up and running Wednesday morning, HVH operated in 29 states, mostly west of the Mississippi and in the Great Lakes region, and in Alberta, Canada. The company had six terminals, including two in Colorado and one each in Chicago, Dallas, Memphis, Tennessee, and Southern California.

According to the company website, Robert Holder started Holder Valley Holdings Transportation Inc. in 1977 when he purchased Thacker Brothers Transportation, a small trucking company that served the Denver/Pueblo/Colorado Springs are. Holder build the company up through expansion and acquisitions. In addition to truckload, HVH advertised regional, dedicated and logistics services.

In 2012, the company was purchased by HCI Equity Partners.

As of midday Wednesday, the company has not issued an explanation for the sudden shutdown.

This is the latest in an unsettling trend this year of carriers abruptly ceasing operations with little or no advance notice to their employees. Arguably the most notable of these was Falcon Transport, which shut down in similar fashion April 27, sending out texts and emails to more than 600 employees then immediately deactivating fuel cards, stranding drivers just as it happened to HVH drivers this week. Falcon was also owned by an equity group, CounterPoint Capital Partners.

Since word of HVH’s closure began to spread, at least one fellow carrier, Marshfield, Wisconsin-based Roehl Transport Inc., has already offered assistance, posting on social media that if any stranded HVH drivers spots a Roehl driver they should talk to them about arranging a ride home.

“We are incredibly disappointed to hear of yet another trucking company shuttering its doors and leaving its drivers with no job and no way to get home,” a post on Roehl’s Facebook page reads. “In times like these, our values of Mutual Support and Teamwork call on us to act beyond ourselves to help others in need.”

PADUCAH, Ky. — The U.S. 51 Ohio River “Cairo” Bridge has opened to normal two-lane traffic flow, according to the Kentucky Transportation Cabinet (KYTC). A...

12% of inspected commercial vehicles placed out of service during 2020...