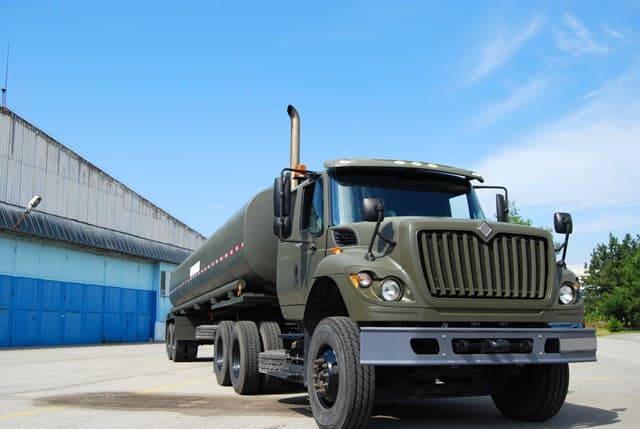 WASHINGTON — The Federal Motor Carrier Safety Administration said Monday it is accepting applications for a pilot program to permit 18- to 20-year-olds who possess the U.S. military equivalent of a commercial driver’s to operate large trucks in interstate commerce.

“This program will help our country’s veterans and reservists transition into good-paying jobs while addressing the shortage of truck drivers in our country,” said Transportation Secretary Elaine Chao.

As directed by Section 5404 of the Fixing America’s Surface Transportation (FAST) Act, the pilot program will allow a limited number of individuals between the ages of 18 and 20 to operate large trucks in interstate commerce — provided they possess the military equivalent of a CDL and are sponsored by a participating trucking company. During the pilot program, which is slated to run for up to three years, the safety records of these drivers will be compared to the records of a control group of drivers.

“We are excited to launch this program to help the brave men and women who serve our country explore employment opportunities in the commercial motor vehicle industry. With the nation’s economy reaching new heights, the trucking industry continues to need drivers and have job openings. We encourage veterans and reservists to apply and to learn more about this exciting new program,” said FMCSA Administrator Raymond Martinez.

“This innovative program offers a way for our younger veterans and reservists to transition to the civilian workforce. I personally thank Secretary Chao and officials with the DOT who continue to find ways to utilize the training and talent of the men and women who served in uniform for our country,” Bacon said.

To learn more about this program and how to apply, visit https://www.fmcsa.dot.gov/under21pilot/under-21-pilot-program

Really? 18-20? What about those who actually commit and serve to a full 4 years? Screw them right? What the hell?

Want to help veterans, stop using us as a crutch for your political careers. Actually do something. Like maybe raise the national average pay to something above what it’s been since the 1970’s. And help us weed out the foreigners Obama brought here to drive truck. And by that you remove over half of the unsafe morons operating these trucks. And maybe stop using Omaha and Werner as the voice of the entire industry. Maybe start with the owner operators and independents who aren’t foreigners. Maybe enforce the laws already on the books, like these trucking companies who refuse employment to disabled vets with service animals. Telling them no to a job opportunity, go stay home and collect a check, then in turn bitching that their tax dollars go to those who don’t work. Why don’t you fix that. And get rid of half these regulations that the Obama regime placed on us! And stop allowing the market to us on pay and freight costs. Maybe do something besides using 18-20 year olds who take early discharge for being * while enlisted. Open that up to 30 year old guys who’ve busted their asses. How many of you know an 18 or 19 year old US military veteran?