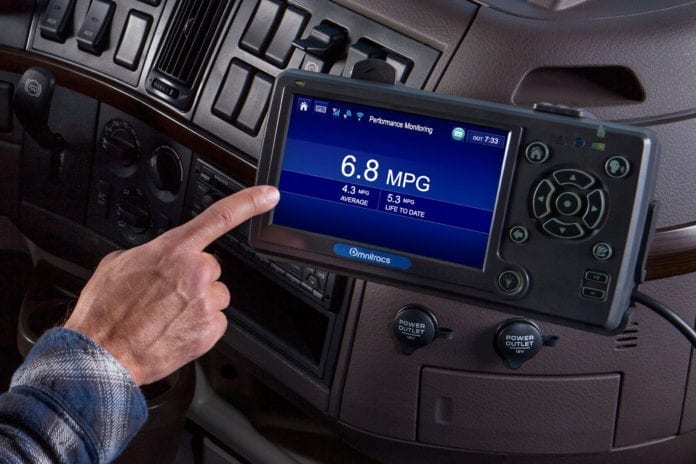 WASHINGTON — The Federal Motor Carrier Safety Administration today recapped its 2019 achievements and key priorities for improving safety on the nation’s roadways with large trucks and buses.

Over the past year, FMCSA has advanced key initiatives that promote safety, reduce burdensome regulations, provide critical safety funding, and help more Americans find a job in the trucking industry.

Some of these key achievements include:

Historic hours of service proposal: In August 2019, FMCSA proposed historic reforms to the existing hours of service regulations to improve safety and increase flexibility for commercial vehicle drivers. This proposal contains five key updates to hours of service rules which are directly based on the feedback FMCSA has received from drivers across the country. The proposal is also estimated to provide $274 million in savings for the U.S. economy.

Improving regulatory efficiency: Over the year, FMCSA proposed several important regulatory reforms that result in over $366 million in savings for the American economy.  In March, the Agency proposed updating Entry-Level Driver Training regulations to save $18 million, and in August the Agency published its hours of service proposed rule that is estimated to save $274 million, and September, FMCSA proposed $74 million in regulatory savings be reducing burdensome rules on commercial buses.

Supporting military servicemembers: In June 2019, FMCSA officially launched its Under-21 Military Driver Program— a pilot program to permit 18-20-year old’s who possess the U.S. military equivalent of a CDL to operate large trucks in interstate commerce. This program is designed to help the brave men and women who serve our nation the opportunity to explore quality job prospects in interstate trucking. In October, the Agency announced the creation of a new job opportunities listing page which contains approved motor carriers who are currently hiring under-21 military drivers as part of the pilot program.

Helping people find jobs in trucking: In 2019, FMCSA prioritized efforts to make it less burdensome for men and women interested in entering the trucking workforce to obtain and upgrade their CDL. In March 2019, FMCSA proposed a final rule streamlining the process and reduce the costs to upgrade from a Class B to Class A CDL. The final rule will save eligible driver trainees and motor carriers $18 million annually.

Exploring new technologies:  In July, FMCSA published an advanced rule to seek input on the removal of unnecessary regulatory barriers to the safe introduction of automated driving systems (ADS) vehicles in the United States.  The Agency’s goal is to continue gathering information on how best to ensure safety rules are kept up to date and do not hamper the ongoing development of possible life-saving technologies in the trucking marketplace.

Raising awareness of large truck and bus safety: In 2019, FMCSA’s Our Roads, Our Safety partnership for responsible driving grew to 27 partner organizations across industry, safety, and driver education stakeholders. The agency also released its “Voices of Safety” campaign—a video series and national public awareness campaign designed to raise awareness among all road users about sharing the road safely with large trucks and buses. The 2019 public awareness campaign achieved an overall reach of more than 359 million views in markets and platforms across the nation.

OKLAHOMA CITY — Love’s Travel Stops is now serving customers in Boron, California, thanks to a truck stop that opened Sept. 24. The Boron...

WASHINGTON — The House of Representatives Committee on Appropriations issued a continuing resolution that would fund federal government programs from the beginning of fiscal year...