WASHINGTON — Two U.S. senators have introduced a bipartisan bill that would electronically limit tractor-trailer speeds to 65 miles per hour nationwide, a move they say would save lives on the nation’s highways.

Sens. Johnny Isakson, R-Ga., and Chris Coons, D-Del., introduced the measure June 27, saying it would take the place of a proposed Department of Transportation regulation that has “languished in the federal process” for over a decade.

The bill is called the Cullum Owings Large Truck Safe Operating Speed Act of 2019, named after Cullum Owings, who was killed by a speeding tractor-trailer during a trip back to college in Virginia after Thanksgiving in 2002.

Based merely on history, it is unlikely the bill will ever get out of committee.

Like many other bills that deal with a single issue, the sponsors only hope of passage is if the bill is attached to a broad-based bill such as a transportation reauthorization bill or an appropriations bill.

The legislation proposed by Isakson and Coons would require all new commercial trucks with a gross weight of 26,001 pounds or more to be equipped with speed-limiting devices, which would have to be set to a maximum speed of 65 miles per hour and would have to be used at all times while in operation.

The maximum speed requirement would also be extended to existing trucks that already have the technology installed. Trucks without speed limiters will not be forced to retroactively install the technology, the bill’s authors said.

The majority of trucks on U.S. roads already have the speed-limiting software built in, but it’s not always used. Most other countries already use it to cap truck speeds, Isakson said in a statement.

The measure also would circumvent the Trump administration’s Department of Transportation, which has delayed any action on the proposed rule indefinitely as part of a sweeping retreat from regulations, which the president says slow the economy.

The rule, which didn’t propose a top speed but said the government had studied 60, 65 and 68 mph, has been at a standstill since it moved through the public comment stage in November of 2016 toward the end of the Obama administration. The next action on the rule is listed as “undetermined” on a federal website.

The National Highway Traffic Safety Administration, one of the Transportation Department agencies that proposed the regulation, said in a statement Friday that it received many public comments expressing concerns about the analysis supporting the rule. The agency “will work to ensure that any future decision intended to advance public safety will be grounded in sound analysis,” the statement said. The Federal Motor Carrier Safety Administration is the other agency that proposed the speed limiters rule.

When the regulation was proposed, the DOT wrote that limiting truck speeds to 65 mph would save 63 to 214 lives per year. The bill’s sponsors say that there are 1,115 fatal crashes every year involving heavy trucks on roads with speed limits of 55 mph or higher.

The law also could solve another problem: Most heavy truck tires aren’t designed to travel over 75 mph, but some states have 80 mph speed limits. If the trucks exceed the tire speed rating, it can cause blowouts and crashes.

“The speed of all electronically governed Class 7 and 8 trucks manufactured after 1992 should be governed at a maximum speed not to exceed 65 miles per hour,” the association’s official policy says.

A spokesman for the American Trucking Associations said the ATA is in the process of reviewing the details of the bill.

“Our policies support speed limiters, but only do so in the context of more uniform national speed limits for all vehicles,” said Jeremy Kirkpatrick, ATA’s director of strategic communications. “As the national trend on speed limits moves in the opposite direction with increasing variance, federal speed limiter efforts must at a minimum account for speed differentials and any potential safety risks that they can create.”

The Owner-Operator Independent Drivers Association says that a speed limiter law would not reduce crashes.

“Most truck-related crashes occur on roads with posted speeds less than what is proposed,” said Norita Taylor, OOIDA director of public relations. “To improve highway safety, we support minimum training standards that include behind the wheel time and flexibility in Hours of Service regulations.”

The ATA was one of two organizations that petitioned the FMCSA and NHTSA for a speed limiter rule.

Road Safe America, formed by Cullum Owings’ father, Steve, after his son’s death, has been working to get a regulation in place.

Steve Owings blames the Transportation Departments in the administrations of George W. Bush, Barack Obama and Donald Trump for not seeing the rule through.

Isakson spokeswoman Marie Gordon said making the bipartisan legislation was a top priority for him “and we’ll be working hard to demonstrate that this is a commonsense idea that will protect millions of America’s drivers.”

“We’ve got an occupant in the Oval Office now who says he’s a businessman who believes in common sense,” Owings said. “God knows there’s not a whole lot the government can do that’s more commonsense than this.” 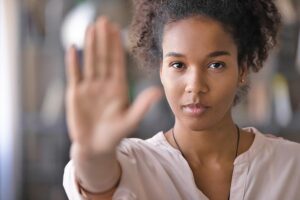 Won’t be passed, which is good because it’s not needed. It’s been proven time and time and time again that vehicles going dangerously different speeds cause accidents. So what happens when we get a few 65mph trucks in 80mph traffic? Yup … accidents. Now marine ALL trucks going 65mph and mingling on a 80mph Highway with motorists. Disaster waiting to happen.

Fortunately, as the article states, we’re safe because this will never pass.