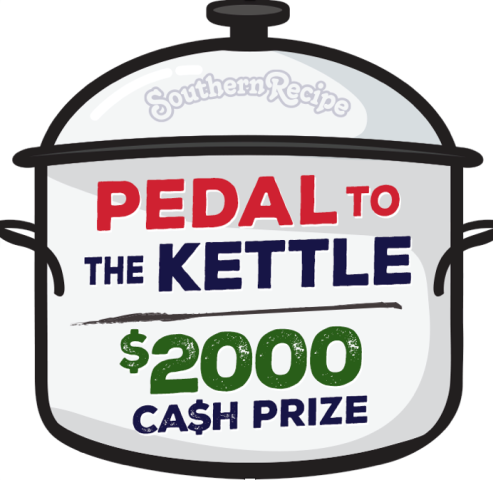 The key to good cooking is combining the right ingredients in just the right way for them to achieve the right balance. The same could be said for an online recipe contest currently underway.

In conjunction with National Truck Driver Appreciation Week, September 9-15, pork rind-maker Southern Recipe is hosting a contest called Pedal to the Kettle, in which the public is invited to vote among three recipes, each featuring innovative ways to incorporate Southern Recipe pork rinds into entrees that can be cooked in a truck cab using typical equipment a driver may travel with.

The public can go to the Southern Recipe website, PorkRinds.com, to see the recipes and pick on their favorite. Voting is free. And one vote is allowed per person per day through September 15. Each vote is also an entry to win $2,000 and a year’s supply of Southern Recipe products.

As part of Southern Recipe’s recognition to Truck Driver Appreciation Week, when voters go online, alongside the introduction to the contest, viewers will see the Saint Christopher Trucker Relief Fund logo and a link to that organization’s website.

In conjunction with the contest, Southern Recipe will donate $2,500 to Saint Christopher, a 501 (c)(3) charity that helps over-the-road/regional semi-truck drivers and their families when an illness or injury causes financial hardship. The group also works to provide programs that benefit professional drivers and the trucking industry.

Further down the contest page are links to the three recipes, one of which was created by Tom “Captain” Kyrk, who has established himself in recent years as one of the industry’s most vocal proponents of healthier lifestyles for truckers, particularly when it comes to their eating habits. Kyrk can be found not only on his own website, RoadTested Living.com, but at trucking events around the country, espousing the benefits of drivers doing their own cooking on the road.

Kyrk was at the recent Great American Trucking Show in Dallas, giving a demonstration of in-the-cab cooking, preparing a three-course meal using Southern Recipe pork rinds, in a continuation of his participation in the contest. After one of his presentations, he and Mark Singleton, Vice President of Sales and Marketing, Southern Recipe and Rudolph Foods, discussed the contest and how it benefits everyone involved: Southern Recipe, the Saint Christopher fund, Kyrk and the trucking community as a whole.

Kyrk explained that when Southern Recipe approached him to be part of the contest, to come up with a recipe using their pork rinds, it was a perfect fit for his mission.

That is what motivated him to find methods and recipes that allow drivers to eat healthier, although,  “I don’t always like the term ‘healthy,’ because I think it gets misused,” he said. “I think it’s a case where I try to find better-for-me options.

He’s a big proponent of improving the quality of dishes by substituting ingredients. “Southern Recipe reached out to me and said, ‘have you ever tried pork rinds?’ And I’m going, ‘I’ll give it a shot.’ And lo and behold, it works.”

Now, pork rinds aren’t generally associated with healthy eating, but as Singleton pointed out, “these are not your grandfather’s pork rinds.”

“We took out all the artificial everything,” Singleton said. We took out 40 percent of the salt, no MSG.”

“We have a really great story to tell.”

And through the contest they can tell it while showing their appreciation for the trucking industry and for the Saint Christopher fund.

This is the seventh year that Southern Recipe and its parent company, Rudolph Foods, has done something to mark Truck Driver Appreciation Week. Singleton said the company’s participation comes from a genuine sense of appreciation.

“Timely pickups and timely deliveries are critical to us,” Singleton said. It just makes sense when someone is that important to your operation that you acknowledge that and treat those people accordingly.

This is the third year the company has focused its attention on the Saint Christopher Trucker Relief Fund.

“We’re thrilled to partner with Southern Recipe again this year and support our road warriors,” said Shannon Currier, director of philanthropy and development at the Saint Christopher fund. “We hope the community supports this year’s campaign.  This is a fun way to give back and show what life on the road really looks like.”

Winners will be announced, and the charity donation will occur after Truck Driver Appreciation Week ends September 15.