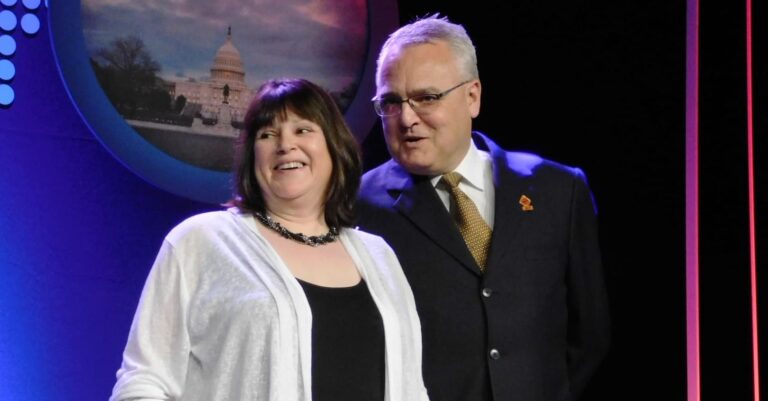 LAS VEGAS — Professional sports leagues have their MVPs, Hollywood has its Oscars. If you’re a professional truck driver, one of the most prestigious marks of recognition is to be named a Truckload Carriers Association Driver of the Year.

The grand finale of every TCA annual convention is the awards banquet, and nothing is awaited with more anticipation than the Driver of the Year presentation.

“We all know these drivers,” said Dan Doran, who emceed the awards ceremony as his final duty as TCA chairman, “the ones who not only drive safely, but give back to their communities and enhance the image of trucking. The professional truck drivers I’m referencing make us proud to be a part of this great industry.”

Finalists in the Driver of the Year Contests represent “the best of the best on our roads today,” Doran said.

Two drivers are named each year: Company Driver of the Year and Owner-Operator of the Year. Finalists for both awards complete a lengthy nomination form, documenting their safety record and work history. They must also submit essays about their driving background, community involvement, and about the importance of staying healthy while on the road.

Along with that documentation, finalists for the Owner-Operator of the Year award must also submit a financial statement and business plan. Submissions for all finalists are reviewed by a four-member judging panel.

When it was all sorted out, Ester Nemeth was named the 2018 Company Driver of the Year.

A veteran driver of 26 years, the last 19 with Bison Transport, Nemeth has logged 3.75 million accident-free miles.

She is also an advocate of healthy living on the road, encouraging healthy habits in her fellow drivers.

Nemeth said she wanted to drive since she was a kid and she would see the trucks pass through her small town.

The profession has lived up to her expectations. The trucking community “is like its own little family, its own little community,” she said. “It’s a wonderful way of life.”

And it’s gotten even better over the years. Nemeth said when she started driving, she drove team, and people would often overlook her and interact with her male partner.

“But now they treat me like a driver, just like anybody else, which is good. I appreciate that.”

The award itself was a milestone in that direction. Nemeth was the first nominee for the award since 2005.

“This is such an incredible and humbling honor to be here this evening,” she said in accepting the award. “With all the exceptional drivers in this industry, to be recognized is unbelievable. My love of driving and my commitment to safety are what brought me here tonight.”

The past two years have been particularly rewarding, Nemeth said, since she was recruited in-house to be an in-cab trainer. “I have learned as much from my trainees as I hope they have learned from me.”

The other finalists for the 2018 Company Driver of the Year were Donald Lewis of Wilson Logistics and David McGowan of WEL Companies.

Danny Jewell, who last year passed the 50-year threshold as a professional truck driver, reached another career milestone as the 2018 Owner-Operator of the Year.

Like Nemeth, Jewell said truck driving was a childhood dream, and when he became an owner-operator in 1972, that dream was fulfilled. “the rest is history,” he said.

He said that the last few years, he’s been trying to figure out how to get more young people today interested in trucking. “It’s a great job, there are so many opportunities out there,” he said.

Jewell had plenty of people to thank, But the only person who could lead his acceptance speech was Sharon, his wife of 55 years, who held up the home front all these years and gets the credit for most important achievements — five children, 20 grandchildren, and four (soon to be five) great-grandchildren.

The other 2018 Owner-Operator of the Year finalists were Robert Roth of Erb Transport and Kevin Kocmich of Diamond Transportation System.

Along with the honor of the title Driver of the Year, Nemeth and Jewell were also presented with checks for $25,000.