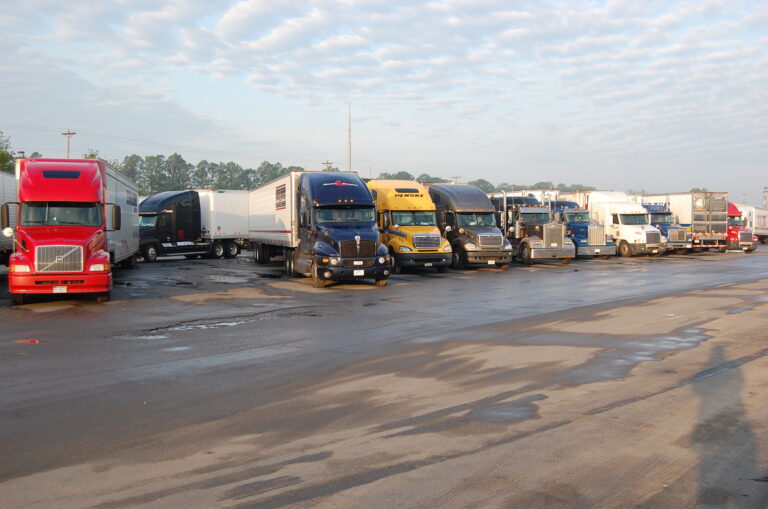 Professional truck drivers know all too well how being forced to park in unsafe areas because they’re out of hours can end in robbery, death or both. And, says a new parking study, parking availability has improved some, but not nearly enough. In some respects, it may have worsened.

In fact, nearly 90 percent of drivers in one survey said finding safe parking is their No. 1 work-related stress.

Trucker Path, the provider of mobile apps that help truckers report parking availability in real time, said its most recent study on the parking problem shows that on average, parking has improved in nearly every state from 2016 to 2017, but the largely urban Eastern U.S. still has a “severe lack of capacity.”

The study says truckers being able to secure spots in advance would help, but admits the idea of parking reservations is still controversial among drivers.

A recent trip to a Central Arkansas TA/Petro showed dozens and dozens of reserved spaces empty, and more than one driver has called The Trucker editorial offices to complain that they shouldn’t have to pay for parking spaces that were free several years ago.

The Trucker Path study says currently, 30 percent of drivers report using the reservation method. It goes on to say that the largest impact could be achieved by spreading out the need for capacity throughout the day since most drivers need parking spaces at the same time each day.

The study lauded the Federal Motor Carrier Safety Administration for revising the personal conveyance rules to give truckers extra time beyond Hours of Service limits to search for safe parking.

It noted that parking has been listed as the No. 4 concern in the industry as a whole, but the No. 2 concern by drivers, with 48 percent of truckers reporting that it takes them an hour or more to locate a safe parking spot. This is according to a study by the American Transportation Research Institute (ATRI), a research arm of the American Trucking Associations.

However, the report said, “despite these efforts, the problem may have worsened.”

“When Trucker Path carried out our Trucking Parking Survey in 2017, 40 percent of truck drivers reported that they needed an hour or more to find a spot. This year, the share is up to 48 percent,” the report noted.

Also, it said 80 percent of 5,400 respondents to the Trucker Path study reported the ELD mandate has made it more difficult to find parking.

Anecdotally, truck drivers have told The Trucker they have to get to truck stops earlier and earlier to find a good spot since the mandate went into effect.

A 2018 survey conducted by Trucker Path found that 85 percent of responding truck drivers said finding truck parking was their No. 1 job stressor, followed by the ELD mandate/HOS; shippers; other truck drivers; brokers; and dispatchers.

The Trucker Path said the safety implications are dire, ending in drivers, themselves, getting killed and/or trucks parked on off-ramps and shoulders causing  wrecks.

It quoted an ATRI study showing that a driver wastes about $500 a month searching for available parking and a fleet of 1,000 can spend an extra $6 million in unproductive driver time looking for parking.

I use to drive for JB Hunt. Had a Stroke last September and had to retire. Just Thankful I don’t have the Headache I had for over 29 years of driving trying to find Parking spaces. I feel for the other drivers. It was a 29 year old problem, I am just glad it’s over.

Retired from this industry due to the new rules that took effect back in 2015. 35 years of having a CDL license and I always knew parking would be the number one worst outcome of new rules for drivers. The stress of having a ELD aka Rat Box I could never get used to. I was in constant violation of leaving a few minutes early or going over. Worked for a company in 2016 that made me drive for 18 hours to make an appointment. They fixed the ELD at the office. Once they realized I would run hard they constantly fixed my ELD. It’s a joke, was a joke then and it’s worse now. Drivers should not have to be scrutinized this way. I retired right before they enforced the have to take a nap in the middle of your day nonsense. All that does is waste even more time for a driver in finding some place to stop for a 30 minute nap. SMH every time I see stories like this. I feel. Bad for the driver, brothers and sisters who are out there putting up with more and more government regulations. What a shame they ruined this industry.