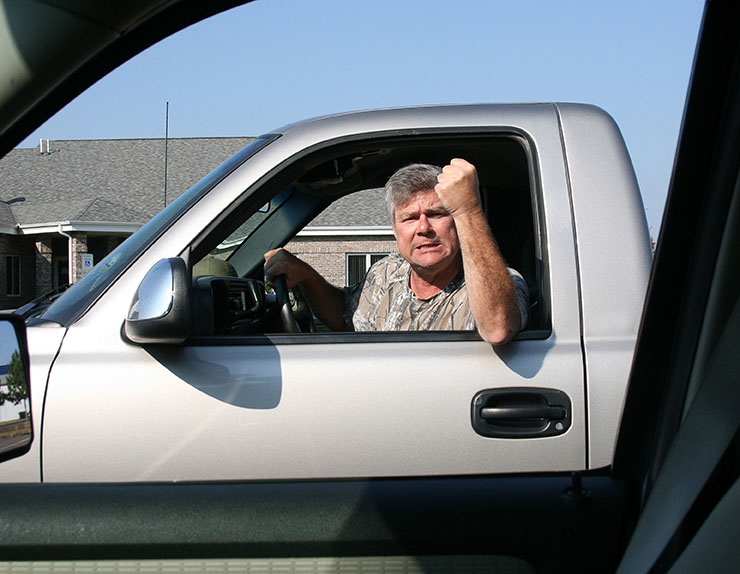 AUSTIN, Texas – A research report conducted by The Zebra, a leading insurance comparison site, has revealed that 82% of Americans admit to road rage or aggressive driving in the past year. This study is based on a new survey of 987 drivers from all 50 U.S. states and Washington D.C. who drive on a monthly basis.
Road rage is incredibly common with eight out of 10 drivers admitting to aggressive driving and roughly 90% of drivers say that they have witnessed someone else doing it. With those numbers, it is not surprising that the National Highway Traffic Safety Association states that the number of road rage-related fatal crashes rose almost 500% over 10 years, from 80 to 467.
“Our findings show that almost everyone gets frustrated on the road,” said Nicole Beck, Director of Communications and licensed insurance agent at The Zebra. “When it escalates to road rage and aggressive driving, it’s dangerous and expensive.”
In addition to the prevalence of road rage and aggressive driving, this report examines the triggers of this dangerous behavior and how drivers respond on the roads.
The most common aggressive driving and road rage behavior is honking to show anger or frustration, with 59% reporting that they do so. Next on this list is changing lanes without signaling (45%) and yelling/cursing at another driver or pedestrian (42%). Additionally, 7% of drivers have left their vehicle to confront another driver, 6% went as far as to get in a physical altercation with another driver and 5% have forced another driver off the road.
These findings may be more concerning when considering how many drivers have access to a weapon while driving. Forty-six percent of drivers say they’ve kept a gun, taser, or other weapon in the car for personal protection with pepper spray being the most common (15%).
Tailgating was found to make drivers angriest (44%), with distracted driving (42%) as a close second. Drivers view distracted driving as more dangerous than both drowsy driving and road rage/aggressive driving. Of drivers surveyed, 87% say they’ve seen another driver distracted by a phone/device while only 41% of drivers admit to similar behavior themselves.
Participants in the study were also asked how they react to the own driving frustrations and even though most respondents said they listened to music (62%) or attempted to think of something else (23%), roughly 22% admitted to yelling or cursing to blow off steam.
Despite frustrations, only 10% of drivers report that they have called the police on another driver because of aggressive driving or road rage in the past year.
“When faced with road rage or aggressive driving, it’s important to remember to remain calm and not engage,” Beck said. “Insurance penalties for road rage include steep rate increases for drivers charged, and it’s important for drivers to realize that the financial cost doesn’t end at the original ticket.”
The effects of road rage can also be seen in a driver’s pocketbook with those charged with reckless driving seeing their car insurance bill rise by $1,034 or 70% on average nationally. This figure is in addition to the fines and court costs that can be associated with a charge such as reckless driving. Those penalties are almost as much as those for a DUI, which raise insurance rates 74% ($1,086) on average nationally. Violations typically stay on insurance records for three years.
The best advice for drivers is to simply ignore the behavior, use common sense while driving and avoid unsafe drivers. If the involvement of law enforcement is necessary, drivers and passengers should attempt to safely record the license place of an aggressive driver and report the instance. If an incident has occurred, drivers are urged to find a safe place to pull over, keep the windows up and dial 911.