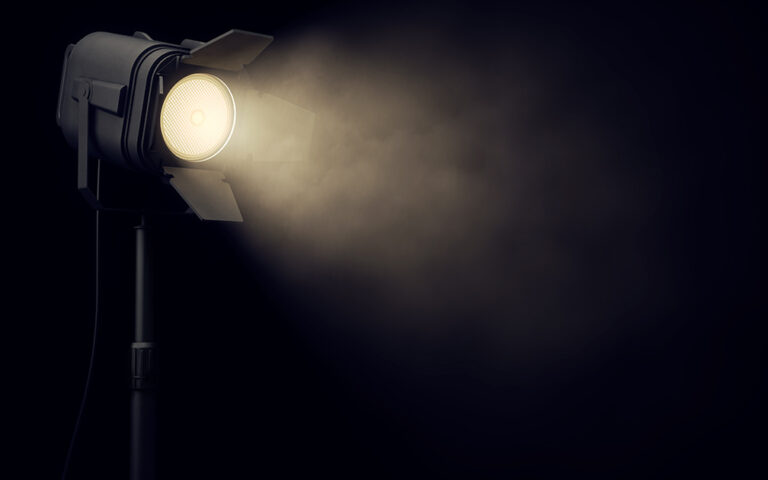 In honor of Black History Month (February), Trucking Moves America Forward (TMAF) shone a light on trucking professionals who have a proven record of dedication to safety and a love for the industry.

“Safety is my main mission. I want to come home safely to my family.”

Dwayne Donlow Sr., a professional driver for Ohio-based MTS, also performs maintenance operations for the company. He has been working in the industry since 2000.

At MTS, he can often be found in the garage fixing trucks — but he juggles his time between working a wrench and hauling General Motors parts in his semi across the Northeast.

Donlow first learned about truck driving as a career through a friend. He wanted a job that paid well, and as a family man, would get him back home to his family after a day’s work. He says he loves being a part of the trucking industry and has never looked back.

When asked about driving a truck for a profession, he encourages young people to get their CDL and to not be afraid to take on the challenge on being a truck driver. The more drivers learn their craft and work on their safety, the higher the salary they will receive, so it’s another incentive to be as safe as possible on the road, he says.

Donlow offers this advice for new drivers: “Get your experience driving in the summer when the weather is good and you can get to know your truck before the cold winter months, where you will drive in tougher weather conditions.”

He also is a big proponent of proper following distance. “Don’t be in a hurry and follow too close.”

Donlow makes it part of his life’s mission to help those in need. He has changed many a flat tire for drivers on the road during his trucking travels.

“You always have to think safety.”

Derrick Thorpe of New Jersey is a professional truck driver for TForce Freight. As a local pickup and delivery (P&D) driver, he hauls all types of merchandise throughout his community, from sheetrock and toilet paper to food and clothing. On average, he makes 18 to 20 stops each day.

Thorpe has been driving for 16 years and has accumulated 1.6 million accident-free miles.

“I’ve never had an accident or injury while driving,” he said proudly. He serves as a trucking ambassador on America’s Road Team Captains for 2022–23.

While Thorpe was fascinated by trucks from an early age, he didn’t join the trucking industry until later in his career. After serving in the U.S. Navy for six years, he worked as a computer engineer for 20 years. He also served in elected office for four years as commissioner on the planning board for his city of Rahway, New Jersey, and worked to help rejuvenate the city by bringing new development to the area.

“I’ve worn a lot of different hats throughout my career,” he noted.

Thorpe decided to join the trucking industry after a friend encouraged him to explore a career in trucking.

“I always enjoyed trucks as a little kid; I loved them.” he explained, “I became fascinated with trucks after my father’s friend took me for a ride in his truck on a Saturday. Hearing the engine roar, sitting up high — I got hooked on trucks!”

Joining the trucking industry was a “full circle” moment for Thorpe.

As a safety trainer for TForce, he trains other drivers and new hires at two terminals.

“You always have to think safety,” he said. “When you are out there driving, you have people’s families and loved ones out there too. If you are driving a big truck, you have to be a professional all the time. Safety is part of being a professional.

Thorpe also works to educate other motorists, especially young drivers, about how to drive safely alongside trucks.

“I always say this: If you’re behind any truck and you cannot see their mirrors, that means the driver can’t see you,” he said. “I always leave that safety tip with others.”

One memorable moment in Thorpe’s  career was a time when he was able to help a fellow driver on the road.

“I was driving and saw a pretty bad accident,” he recalled. “I stopped, got out of my truck and went over to the car. Thank God I tended to the person because the man was having a heart attack.”

Thorpe pulled the man out of the car, called 911 and stayed with the man, talking with him and helping keep him calm while they waited for emergency responders. Because of Thorpe’s swift action, assistance and heroism, the man survived.

“Trucking is bigger and greater than what you can even imagine.”

Darrien Henderson is a professional truck driver from Mobile, Alabama, who has been driving for 23 years. He is a tank driver for J&M Tank Lines Inc. and hauls several products, including cement and calcium. He is mainly a local driver delivering to communities within his state.

During his career, he has accumulated more than a million accident-free miles. He serves as a trucking ambassador on America’s Road Team Captains for 2022–23.

Henderson started out as a sanitation worker. At that time, a friend encouraged him to get his CDL. Having an interest in trucks from an early age, he made the decision to join the industry.

“I always had a passion for trucks when I was younger,” he said. “Throughout my career, I’ve tried other jobs to give myself options, but it was always the trucks. I gravitated to them.”

Safety while behind the wheel and on the job is extremely important to Darrien. As a safety trainer at J&M, his job includes training new tank truck drivers.

“I like to teach by giving the drivers scenarios based on experiences that have happened to me or someone I know,” he said, “I always tell them (to) be cautious, be safe at the job site and follow a checklist to get back home safely. If you do something every day, it becomes routine.”

Henderson’s commitment to safety pays off and has been recognized by several customers when he makes his stops at the plants. He has been told by many customers that they are impressed with his dedication to his job and safety.

“While I’m on the job, I make sure my truck is clean and I look the part. I take pride my job,” he explained. “While offloading at a site, I’m always walking around my truck and trailer to check on everything. I’ve had several people at the plants notice. I’m just doing my job, but it makes you feel good that people notice. It makes you want to do more.

“If I can make just one person happy that day, then I am doing all right.”

Teddy Butler is a professional truck driver for Arkansas Best Freight (ABF). He has been working as a local driver for ABF for 15 years, hauling “anything and everything” and driving a variety of trucks, from flatbeds to 18-wheelers.

“We haul just about anything from furniture for households to heavy industrial equipment for businesses. Every day is something different, and I really love that about my job,” he said.

When Butler left the U.S. Army after 27 years of service, he began his job search. ABF was hiring drivers in the Atlanta area. It seemed like a great opportunity, so he quickly sent in his application. After staring out as a casual (part-time worker) on the dock, loading and unloading cargo, the company offered to pay for Butler’s CDL so he could become a driver.

He started out transporting relo-cubes for people who were moving to new homes.

“This was such a great opportunity for me because I enjoyed going into the neighborhoods and meeting so many different types of new people. It really was the perfect fit for me,” he said.

“If I can make just one person happy that day, then I am doing all right,” he continued. “That one person will tell somebody else about the experience you gave them, and, in a way, everyone sort of pays it forward. Being out there on the road all day can be stressful, but I always have to remember to remain patient and show respect to others on and off the road.”

Butler puts a strong emphasis on the importance of safety and the precautions he takes before hitting the road. Currently, he has accrued more than 1.2 million safety miles. He said that before he begins a ride, he pre-trips (maps out the route) and checks to make sure his equipment is available and ready.

“When I’m on the road, I like to do what they taught us in the military: Keep your head on swivel,” he said. “That means I am constantly aware of my surroundings. This works so that I not only protect myself but also protect others around me.”

In addition, he serves as a mentor to new drivers. He works with ABF’s program called TMAP (Teamsters Military Assistance Program), which helps active-duty military members who are transitioning into a career in the private sector.