Small trucking businesses depend heavily on the used truck market but potential buyers trying to nail down the best choice are trying to hit a moving target. Prices fluctuate depending on economic conditions, freight availability and, increasingly, government mandates for emissions and fuel economy.
For much of 2019, the economy was expected to slow, possibly going into recession. New truck purchases added capacity to the market. Spot freight rates slowed and then began falling, followed by contract rates. Several large carriers shut their doors due to (take your pick) tightening markets, rising costs, mismanagement or malfeasance. In theory, the used truck market should have received an influx of trucks. It did.
According to a report from ACT Research, used truck sales declined by 15% in 2019 compared to 2018. Average prices declined too, by 7%, according to the same report.
“Dealers are reporting used truck sales have slowed and inventory levels are building, particularly with late-model aerodynamic sleepers,” said Steve Tam, vice president at ACT Research. “The price depreciation is largely the result of inventories that have grown due to more trades coming to dealers, slowing freight, and the cyclical nature of truck sales.”
While lower used truck prices may be attractive to smaller trucking businesses, including independent contractors, there’s a catch. In an effort to reduce emissions and increase fuel efficiency, the rules keep changing.
The year 2007 brought a huge change. Drivers and owners of new trucks complained of lost time and expense due to an issue older trucks didn’t have, regeneration of the particulate filter that replaced the muffler. Drivers of older trucks smiled as they passed new equipment sitting on the shoulder for a “regen” or waiting for a tow. 2006 models sold in record numbers as carriers “pre-bought” trucks during the last year the “old” technology would be available. When those trucks hit the used truck market, an event hastened by the recession of 2008, prices dropped due to the large number available.
Then 2010 brought a new set of standards and a product that drivers must have thought was a mechanic’s joke like “blinker fluid” or “muffler bearings.” New trucks were built with Selective Catalytic Reduction technology, necessitating the use of the now-familiar Diesel Exhaust Fluid (DEF). New trucks were more expensive but there was a tradeoff — fuel mileage was expected to improve, and it did.
However, the first phase of EPA standards continued until 2017. Manufacturers achieved more power from smaller engines, made better use of aerodynamic technology and increased use of auto-shift transmissions to get top performance from each vehicle.
While all this was happening, other technological advances increased safety levels. Collision mitigation systems that automatically apply brakes, lane departure warning systems, stability control and other safety features became standard equipment.
Trucks became safer as they became cleaner and more fuel efficient. Purchase prices rose, but increased fuel economy offset the price, according to the non-profit Transport & Environment, an international group that promotes moving to an emissions-free transportation network. According to a January 2018 report from the group, a truck purchased in 2017 cost $2,400 more than one bought in 2011 but provided $8,200 in fuel cost savings over the older model.
That was Phase 1 of the EPA’s plan. Phase 2 started in 2017 and ends in 2027. Another 10% improvement in fuel economy has been mandated, with improvements in emissions also required. In the meantime, advances in alternative fuel vehicles, including electric, will undoubtedly bring further changes to the industry, perhaps making diesel engines
obsolete in the not-so-distant future.
For the used truck shopper, the choices can be overwhelming. Buyers must consider more than simply price and mileage. Purchase price savings for a truck just a year or two older can be swallowed up in increased fuel costs. Plus, some states and metropolitan areas have restrictions on the type of equipment they allow to operate within their jurisdictions.
Large carriers with newer equipment can offer lower freight rates, making competition more difficult for an independent owner with an older truck. Insurers may offer lower rates for trucks equipped with modern safety equipment.
For drivers contemplating a used tractor purchase, research is more important than ever. The best deal available may not be the best decision. Before discussing price with a dealer, it may help to talk to carrier representatives, potential customers or other truckers with similar businesses.
Equipment pricing must be weighed against fuel economy, anticipated maintenance costs and expected freight rates. The advantageous choice could be the newer, more expensive model. 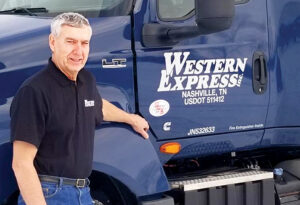