WASHINGTON — Effective May 6, the U.S. Department of Labor (DOL) has withdrawn the Independent Contractor Rule.

When the DOL initially published the rule in the Federal Register Jan. 7, 2021 — during the final days of Donald Trump’s presidency — the agency noted that it was “revising its interpretation of independent contractor status under the Fair Labor Standards Act (FLSA) to promote certainty” for stakeholders, including the trucking industry, as well as in an effort to reduce litigation and “encourage innovation in the economy.”

“By withdrawing the Independent Contractor Rule, we will help preserve essential worker rights and stop the erosion of worker protections that would have occurred had the rule gone into effect,” said U.S. Secretary of Labor Marty Walsh in the DOL’s May 5 announcement. “Legitimate business owners play an important role in our economy but, too often, workers lose important wage and related protections when employers misclassify them as independent contractors. We remain committed to ensuring that employees are recognized clearly and correctly when they are, in fact, employees so that they receive the protections the Fair Labor Standards Act provides.”

Because the Independent Contractor Rule was never implemented, its withdrawal should have negligible impact on the trucking industry.

The Owner-Operator Independent Drivers Association (OOIDA) on May 5 expressed “disappointment” in the withdrawal of the rule, noting that it could have provided security for owner-operators who want to retain their status as independent contractors rather than being reclassified as employees in certain situations.

“The Department’s final rule, for the most part, would have helped provide new certainty and clarity to owner-operators. While there were certainly some provisions that needed to be fixed, this could have been done without the wholesale withdrawal of the rule,” said Lewie Pugh, executive vice president of OOIDA.

Pugh pointed to California’s Assembly Bill 5 (AB5), which uses a three-pronged test to determine a worker’s status, as an example of the issues that could arise.

“As we’ve seen with the disastrous roll out of the ABC Test in California, the implementation of one-size-fits-all rules for worker classification just won’t work in the trucking industry,” he added. “The Independent Contractor Rule issued by the Trump administration would have provided some protection against this from happening on a national scale, and we’re disappointed that the rule is being withdrawn.”

Teamster’s union General President Jim Hoffa in a written statement praised the axing of the rule, which the union contends would enable companies to misclassify employees as contractors, relieving the companies of any obligation to pay federal minimum wage or overtime.

“The American worker’s quest for dignity and respect in recent years has fallen largely on deaf ears. While the Teamsters and other unions have been active in protesting the continued misclassification of workers and have found some success at the state level, too many federal elected officials have refused to intervene,” Hoffa said. “Thankfully, that is now changing.”

Hoffa described the Jan. 7 Independent Contractor Rule as an “anti-worker proposal,” adding that by rescinding the rule, President Joe Biden’s administration “has the back” of America’s workers.

“This nation is at its best when workers can work one job that allows them to support their families,” Hoffa said. “President Biden understands this, and we look forward to working with him so he can continue to forge a path towards creating a bigger and better middle class.”

Chad Fowler, an Arkansas-based owner-operator, said he doesn’t expect the independent contractor versus employee debate to affect his business or livelihood. However, he noted, owner-operators participating in lease-purchase programs such as the ones offered by many larger motor carriers, will probably find themselves being classified as employees.

“I own my truck. It’s paid for, and I book my own loads,” he explained, adding that this holds true even though he is leased to a small carrier. “He says I’m an independent contractor, which I am, because I don’t answer to anybody.”

For Fowler, the primary factor in determining a driver’s status boils down to the driver’s ability to select, accept or refuse a load. Fowler said building relationships with brokers, as well as checking load board postings, has ensured his ability to secure loads on his own terms rather than relying on the carrier’s resources.

“If you have to answer to anybody, or you have a dispatcher, or they tell you, ‘Hey, go get this’ and you don’t have a choice, you’re an employee,” he explained. 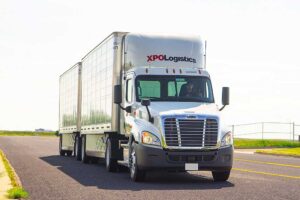 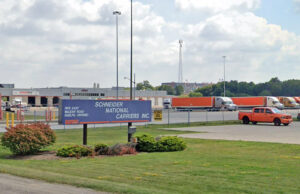 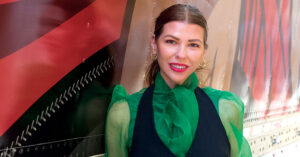