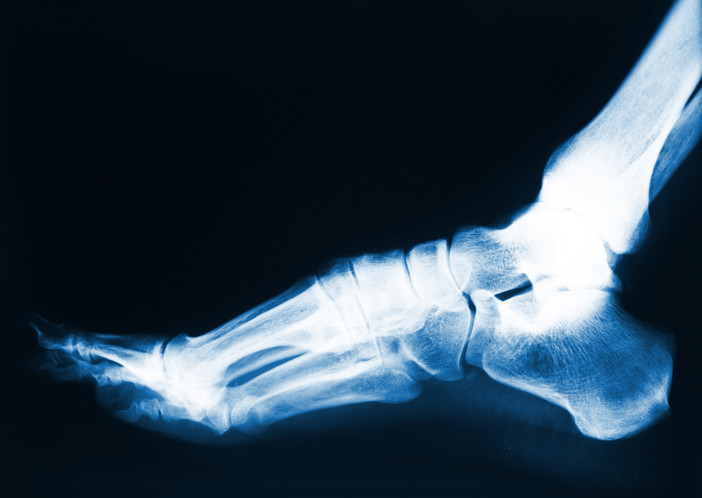 For years, I was able to boast that I’d never broken a bone. This was either a product of being a milk fan, from having genetically-blessed bones, or from being a general chicken when it comes to anything adventurous. I like my body in one piece, thanks so much.

Although I do snow ski and that’s been proven to be fairly dangerous from time to time (see: Sonny Bono). But again, referencing my overly-cautious nature, I haven’t even had any issues there. A few tumbles but no tree engagement. A few years back, it was a particularly bad snow year and there was a ton of ice on the mountain. I discovered one quite large patch of ice lurking just over the crest of a hill, out of sight, in shadow and waiting for unsuspecting skiers to try and venture over it. That I did…unsuccessfully. I turned one way, the ice said No way, Jose, and my knee was caught in the middle. I got myself up, the knee was sore from the irregular bending, but I snapped back into my bindings (with the use of my hands rather than the force of my knee) and skied on down.

The rest of the trip was crappy conditions but we maneuvered ok. I added a brace, a slower speed and still had fun though the knee was sore.

Returned home and six weeks later when it was still bothering me, I went to see a doctor. Post MRI, it was discovered that I’d fractured my tibial plateau. The top of the tibia (bottom bone in your leg) has a sort of flat horizontal surface where it reaches your knee joint. Well, mine had a crack across it. Yet nothing more could be done other than chastising me for skiing on it and then walking around for 6 weeks other than adding a huge knee brace for another 6 weeks.

But I don’t even count that in the broken bones department. I’m talking about a situation that requires a cast, crutches, maybe a scooter or wheelchair. I haven’t ever had that happen. Until this year.

Back in March, I was walking my three dogs and a neighbor’s pup escaped their house with the aid of a toddler accomplice. Turns out, that pup was not a fan of other dogs and she invited herself into the business of one of mine: my most no-nonsense dog. And they proceeded to have it out. I began back-pedaling to get my dog away and in the process of doing so, rolled my ankle and crashed to the asphalt. So graceful.

The neighbor arrived at the scene of the crime shortly thereafter, scooped up the attacker, and attempted to help me while I tried to regain some semblance of dignity. But standing was out of the question as was walking and I called my hubby to drive to my rescue.

A couple hours and xrays later, I had a broken 5th metatarsal (outside bone of foot) and a sprained ankle as the cherry on top. No cast but six weeks non-weight bearing, another six in a boot. There was the threat of surgery as 20% of folks with this type of break do not heal on their own. But I’m pleased to say I’m now at 13 weeks. No more knee scooter, no more boot, no surgery.

Let me tell ya—the 40+ years I went without a broken bone were 1000x better than the 12 weeks I had one. You do not realize the change you must make in your life when you cannot even WALK. So, when you see folks out and about who cannot get around easily, whether temporarily or permanently, help them out. Opening doors, clearing crowds, allowing me to move to the front of the line, giving me their seat, carrying bags…these were life-savers when my day-to-day mobility was limited.

So many folks could be a little kinder in these crazy, impatient times; particularly for those who need a little extra help, it makes a world of difference. Be the nice one.

Megan Cullingford Hicks is The Trucker Media Group General Manager. She started at Trucker’s Connection magazine after graduating from college with a degree in communications, thinking she would do this until “something better came along.” Nothing did, and over the next quarter of a century, Megan rose from assistant editor to editor and then to general manager with an array of duties ranging from writing her monthly column Viewpoint to penning various feature articles to general operations, business development, and digital implementation, thus gaining her the unofficial title “ringmaster.” 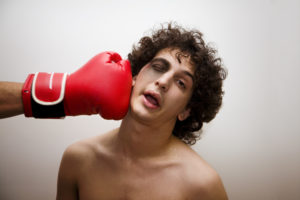 Viewpoint – The Art of Losing 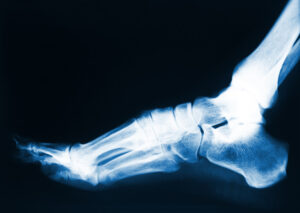 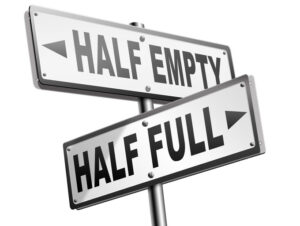 Megan Hicks
Megan Cullingford Hicks is The Trucker Media Group General Manager. She started at Trucker's Connection magazine after graduating from college with a degree in communications, thinking she would do this until "something better came along." Nothing did, and over the next quarter of a century, Megan rose from assistant editor to editor and then to general manager with an array of duties ranging from writing her monthly column Viewpoint to penning various feature articles to general operations, business development, and digital implementation, thus gaining her the unofficial title “ringmaster.”
For over 30 years, the objective of The Trucker editorial team has been to produce content focused on truck drivers that is relevant, objective and engaging. After reading this article, feel free to leave a comment about this article or the topics covered in this article for the author or the other readers to enjoy. Let them know what you think! We always enjoy hearing from our readers.