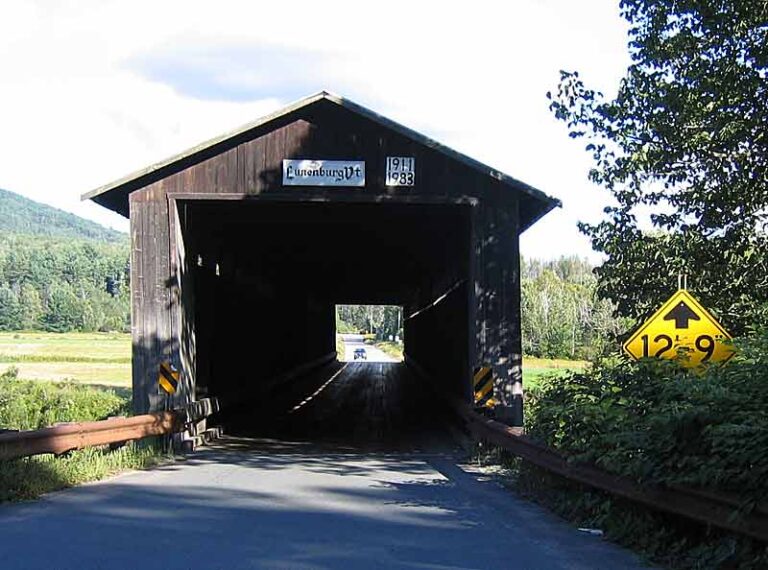 LANCASTER, N.H. — A 108-year-old covered bridge that runs from New Hampshire to Vermont is need of repairs after a tractor trailer made a wrong turn and couldn’t clear it.

The Department of Transportation confirmed the bridge wasn’t in danger of collapsing. It was still safe to drive through.

Built in 1911, it is one of two Howe truss bridges across the Connecticut River. It was listed on the National Register of Historic Places in 1976.

According to Wikipedia, the bridge consists of two spans of wood-and-iron Howe trusses, resting on stone abutments and piers which have been partially faced in concrete.

The bridge has an overall width of 20.5 feet with a roadway of 15.5 feet. The bridge is covered by a corrugated metal gable roof and is sided in vertical boarding that extends only partway to the eaves. The siding extends around to the insides of the portals.

The bridge was built by the Berlin Construction Company, replacing one that was washed away by flooding in 1905. It is one of only two Howe truss bridges over the Connecticut River; the other, the Columbia Bridge, was built in 1912. The two bridges are among the last to be built during the historic period of covered bridge construction in either state. place on November 23, 1983.