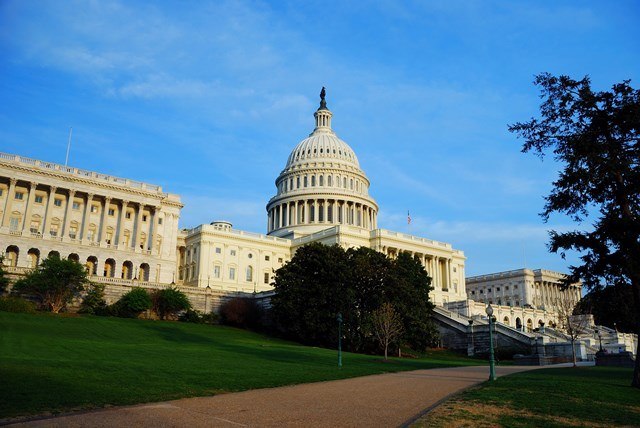 WASHINGTON — In the run-up to the annual Infrastructure Week nationwide advocacy event, the House Committee on Small Business held a hearing on April 25 to highlight the state of America’s infrastructure and how it impacts small businesses.

The Journal of the American Association of State Highway and Transportation Officials, Committee Chairman Steve Chabot, R-Ohio, noted that small businesses — which make up 48 percent of the private sector and create almost 62 percent of all new jobs — are being negatively affected by the poor condition of the U.S. transportation system.

“The American transportation network is stuck in another time. An estimated 20 percent federal roads are of poor quality and 25 percent bridges are functionally obsolete,” he said, noting that the American commuter loses an average of 42 hours of “valuable work time” to traffic delays every year.

“Infrastructure is critical to our economy and competitiveness — it allows for the running of factories and for the production and shipment of goods,” added vice ranking member Rep. Alma Adams, D-N.C. “Our networks of highways and bridges form the framework for the delivery of goods. And small businesses are also critical to maintaining our transportation networks.”

Marsia Geldert-Murphey, chief operating officer for civil engineering firm W. James Taylor, testified during the hearing that the U.S. faces an infrastructure deficit of $2 trillion over next 10 years, according to a yearly analysis compiled by the American Society of Civil Engineers; an “investment gap” she said leads to deficient road and bridges, inadequate port capacity, late flights, and more.

“The failure to close this gap serious creates economic uncertainties for small business,” Geldert-Murphey noted, pointing to another study from 2016 that estimated the U.S. economy could lose $4 trillion worth of gross domestic product, $7 trillion in sales, and 2.5 million jobs by 2025 if that infrastructure investment “gap” is not closed.

“We’re at a crossroads,” she stressed. “We need to increase federal investment in infrastructure to achieve strong economic conditions for the 21st century.”

“We need federal funding [for transportation infrastructure] to be robust, routine, and reliable – it creates jobs and supports the movement goods essential to the American way of life,” noted Bill Schmitz, vice president of sales and quality control for the Gernatt Asphalt Company, during his testimony at the hearing.

“When infrastructure is bad, the result is detours, and detours are a killer to many small businesses; bridges and road weights are also being restricted and that costs small businesses money. Employees can’t get to work [and] projects take much longer to complete than they should.”

The “instability” of the Highway Trust Fund is another issue Schmitz highlighted, stressing that states cannot properly plan transportation projects without a steady source of funding.

“Especially in Northeast, we have two seasons: highway construction season and winter,” he explained. “We have to be ready to go when summer comes. Highway construction for us is not a 12-month year-round program – that’s why we need to know if the funds for projects are there or not. It’s a trickle-down effect [and] the certainty of the program is key. We need stable reliable funding five to 10 years out.”