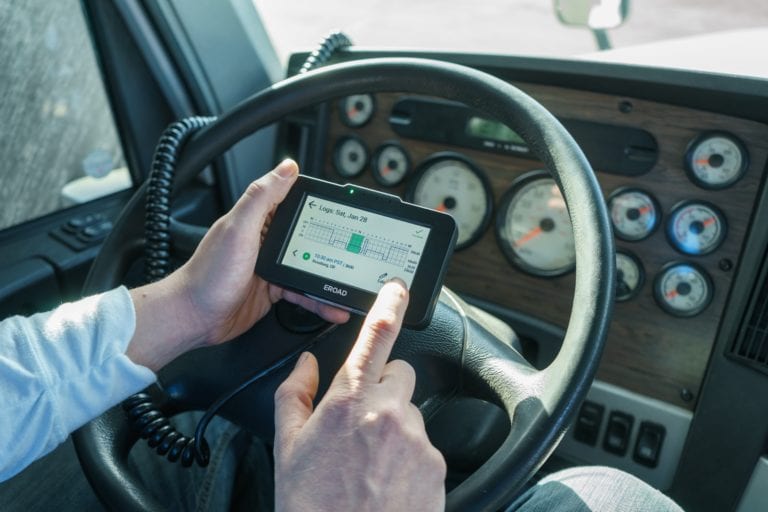 ALBANY, N.Y. — There’s always a straggler in the bunch. Unknown to many, New York state has not previously been enforcing the federal electronic logging device (ELD) mandate because it never adopted the ELD rule under its state laws and thus lacked the authority to enforce it.

According to the Trucking Association of New York (TANY), the New York State DOT has now issued an emergency rulemaking and begun enforcement of the ELD mandate.

TANY added in a news release that they have been told carriers not in compliance with the ELD mandate will be placed out-of-service as early as Thursday, January 17.

The ELD rule issued by the Federal Motor Carrier Safety Administration went into effect in December 2017 and state governments were to have followed suit by incorporating the federal ELD rule into their state laws.

The Owner-Operator Independent Drivers Association (OOIDA) has pursued lawsuits with certain states that have enforced the mandate while lacking a state-level law.

The ELD mandate has been unpopular among some truckers, who say it harms their schedules, take-home pay, and safety. Other truckers have said they like electronic logging once they get used to it.

When OOIDA sued New York, their complaint was dismissed — not because the New York court agreed with the state’s actions to enforce the federal law, but because New York wasn’t enforcing the law in the first place, according to Business Insider.

The snafu came to light in a State of New York Supreme Court ruling and opinion issued on December 31 by Judge Richard M. Platkin.

“Drivers are not being stopped, cited, or placed out-of-service pursuant to the ELD rule,” Platkin wrote.

Marc Berger, the chief motor-carrier investigator for New York’s Department of Transportation, said in the December 31 ruling that there are “no notices of violation or uniform traffic tickets being issued citing ELD provisions.”

The other defendants in the case — New York’s state police and the Department of Motor Vehicles — also stated that the ELD law hasn’t been enforced.

The ELD mandate electronically enforces the Hours of Service (HOS) law, which has been in effect since the federal government began regulating trucking in the 1930s. The HOS law stipulates that truckers can drive no more than 11 hours in a 14-hour period, a provision that some truckers say doesn’t reflect the nature of their work.

New York state said in the ruling that it does in fact enforce the HOS, but that the law is more challenging to enforce if ELDs are used.

The ELD mandate came into effect by means of a 2012 law passed under former President Barack Obama. The provision was championed as a way to protect the safety of truckers and others on the road. FMCSA estimated in 2014 that ELDs could prevent up to 1,714 crashes, 522 injuries, and 24 deaths each year.

But some truckers maintain ELDs are doing the opposite, while truck lobbying groups say it’s really not ELDs drivers have a problem with, it’s the unbendable nature of the HOS, which need more flexibility.

“The electronic logs are supposed to make it safer, but really it has created a hazardous race to beat the clock,” career truck driver Steve Manley, 51, told Business Insider. “Drivers are now more reckless than ever trying to make it to their destination before the clock runs out with the mandatory breaks and such.”

A TANY news release said despite New York State not enforcing the ELD mandate, it did enforce HOS and that FMCSA roadside inspections and on-site audits enforced the ELD mandate.

“Due to this, TANY continued to advise members to be in compliance with the ELD mandate regardless of the situation with New York enforcement,” the association said.