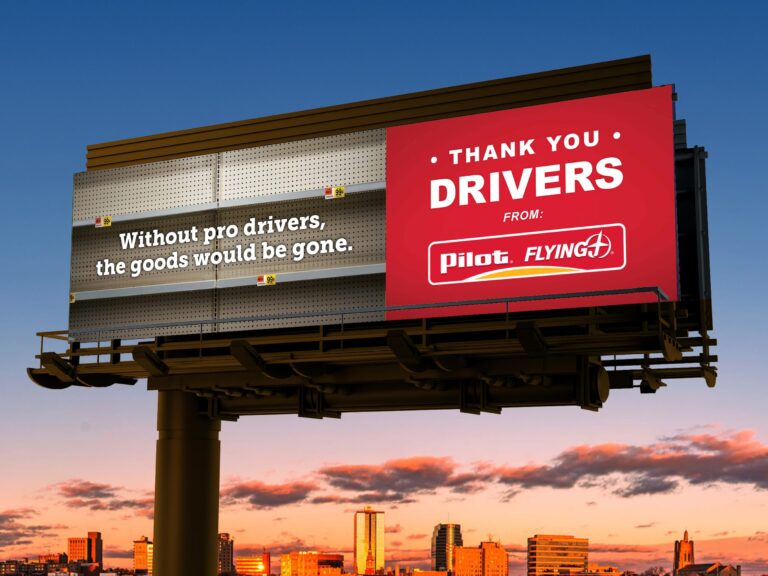 KNOXVILLE, Tenn. — In honor of National Truck Driver Appreciation Week, September 8-14, Pilot Flying J is recognizing the significant impact more than 3.5 million American professional drivers have on the economy with the launch of its new “Thank a Driver” initiative.

Pilot Flying J will also be celebrating drivers all month long with offers in its app for daily free drinks and special deals on food and merchandise.

“Professional drivers deliver the goods that keep our shelves stocked and our country moving,” said Ken Parent, president of Pilot Flying J. “We truly appreciate the hard work and tremendous dedication of these men and women. To professional drivers — a sincere thank you — for your commitment to our families, communities and country by safely and efficiently transporting products across the nation.”

Professional drivers haul more than $10.4 trillion worth of merchandise each year, according to the 2019 American Trucking Associations trends report. The efficient flow and availability of these goods would be significantly impacted if truck traffic were to stop, as shown below by another ATA study “When Trucks Stop, America Stops”:

Pilot Flying J is also celebrating drivers the entire month of September with free drinks in its app every day.

To save in-store with daily free offers for popular drinks and deals on food and merchandise, like driver headsets, download or open the Pilot Flying J app.

The Pilot Flying J app will also have special offers for professional drivers such as free showers all September with Shower Power on any fueling transaction and a free mid-trip inspection from Pilot Flying J Truck Care.

Additionally, from September 9-15, professional drivers will receive 100 myRewards points when mobile fueling with the app.

To thank drivers and join the conversation, follow @PilotFlyingJ social media channels and use #thankyoudrivers.