The project will address the structural deficiencies of the westbound portion of the Washington Bridge, which carries I-195 over the Seekonk River between East Providence and Providence, according to a news release from the Rhode Island Department of Transportation (RIDOT).

The project also includes a new off-ramp to support economic development opportunities and other improvements to address chronic congestion issues on the Interstate.

“Thanks to the efforts of Rhode Island’s Congressional delegation in support of a federal grant, RIDOT was able to secure $25 million for this project,” the news release stated.

“The additional funding allows the Department to expand the bridge rehabilitation project to include a new exit to Waterfront Drive in East Providence – providing access to dozens of acres of developable land. The project also includes an additional through lane on the bridge to better accommodate Interstate traffic and the high volume of traffic entering the highway from the Veterans Memorial Parkway, Warren Avenue and Taunton Avenue ramps.”

Rhode Island Governor Dan McKee said of the project: “Once again, our Congressional delegation has stepped up and provided Rhode Island with additional funding so we can make necessary improvements to our infrastructure, and at the same time address traffic problems that have plagued this highway for years and open the door for economic development and the many jobs that come with it.”

The bridge carries more than 96,000 vehicles per day and is one of the busiest sections of Interstate highway in Rhode Island, according to the news release.

It is the source of chronic congestion with backups often extending as far back as the Massachusetts state line, particularly during the morning rush hour. When the project is done, the average morning commute from the state line to I-95 will be trimmed by 40 percent, from 16 minutes to 9.5 minutes.

Other improvements being made as part of the Washington Bridge project include: partial widening to provide five continuous lanes of I-195 westbound traffic over the bridge; a new bridge structure in East Providence to carry traffic from the Taunton Avenue/Warren Avenue/Veterans Memorial Parkway on-ramps over the new off-ramp to Waterfront Drive; a new bridge structure to carry traffic from Gano Street in Providence onto I-195 westbound; and restriping of I-195 westbound from the Broadway overpass to the new Waterfront Drive off-ramp to allow four lanes of through traffic on the mainline, eliminating the current lane drop at Broadway.

The project will also add a through lane on the western end of the Washington Bridge to reduce the weaving movements between the Taunton Avenue/Warren Avenue/Veterans Memorial Parkway on-ramps and the Gano Street off-ramp, according to the news release.

“Motorists on I-195 westbound can expect lane shifts during construction as RIDOT rehabilitates the bridge in phases so it can always keep four lanes of travel open during peak travel times,” the news release stated.

“Those using the Taunton Avenue/Warren Avenue/Veterans Memorial Parkway on-ramps can expect delays from lane reductions leading onto the bridge. These will be put into place toward the end of the year.”

The project will finish in summer 2026.

During a two-month period close to the end of the project, RIDOT will need to temporarily close the Gano Street off-ramp to complete the rehabilitation of that structure. When the closure occurs, the new Waterfront Drive off-ramp will be open and available for use as an alternate route. 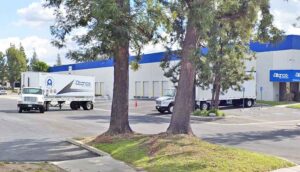 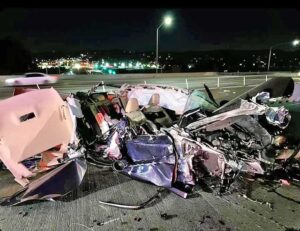