IRVING, Texas — Johnny Malone, a driver for National Carries Inc. (NCI), has been recognized for achieving 4 million accident-free miles with the carrier.

Malone, who started driving for NCI 1993, has operated five separate tractors during his 28 years with the company. According to a statement from NCI, Malone puts the safety of the motoring public first and foremost.

“Johnny Malone has been a pillar within our organization, first as a fleet driver and later as an owner-operator,” said Ed Kentner, director of media for NCI. “He represents his hometown of Henderson, NC very well. His work ethic, his pride in appearance, and his willingness to help anyone at any time are second to none. National Carriers is proud to have someone of Johnny’s caliber representing the ‘Elite’ Fleet.” 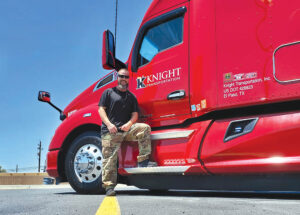