As a career driver with 52 years of service, Billy Stone was recently inducted into the Howes Hall of Fame.

According to a news release, Stone “stands as a prime representation of the heart of the trucking industry. Stone has served as an impeccable driver, an inspiring mentor, and a dedicated family man.”

With an exemplary driving record under his belt, Stone has logged more than 4 million miles over the years. That equates to more than eight round trips to the moon, or more than 160 times circling the Earth’s equator.

He’s traveled far and wide across the entire North American continent, including Canada and Mexico. In fact, the only American state he has yet to visit is North Dakota, a bucket-list item he plans to check off this year with his son.

As a young boy, Stone developed an interest in the trucking industry early on, with both his father and uncle being over-the-road drivers.

In 1963, while working as a mechanic, he met and married Barbara Stone, his wife of 58 years.

Barbara had family in the trucking industry as well, and when she spotted an ad for truck driving in the newspaper, she knew her new husband would be thrilled at the opportunity.

Breaking into the trucking industry in 1966, Stone began his career at Whitaker Oil where, after just six weeks of training, he hit the road. After that, he never looked back, driving straight through until his retirement in 2018.

For the next 10 years, Stone hauled everything from chemicals to exotic furniture before joining the team at Conyers Air Products & Chemicals in 1977.

There, he quickly established himself as one of the company’s most admired drivers.

“Mr. Stone is one of the most professional drivers I have had the pleasure to work with over the years,” Conyers Site Manager John Hardy said. “His commitment and dedication to safety has positively impacted generations of new drivers at the company.”

With safety always at the forefront of his mind, after 35 years with Air Products & Chemicals, Stone reached a major milestone in 2012: He eclipsed 3 million miles without incident.

“I’ve been proud to do all these years and all these miles. But being recognized for it, that’s a big deal. It’s a feeling I can’t get over.” — Billy Stone 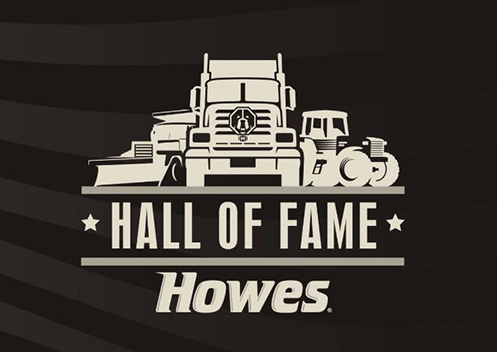 That means no accidents, fender benders or even so much as a broken taillight. Though he has accumulated numerous other awards, this one continues to be his most cherished.

“We built this hall of fame to make sure the stories and values of drivers everywhere are represented through people like Billy. As a truck driver, he’s part of a group that we are most proud of and shows how rewarding a career in driving can be. His mentorship and lead-by-example efforts help others realize that they too can achieve great heights in the trucking industry.”

Dividing his time between running solo and as a team, Stone says he cherishes the relationships he built with the variety of partners he had while hauling hazardous gases and chemicals.

However, closest to his heart is the inspiration he invoked in his nephew. Under Stone’s mentorship, he has also become a truck driver. Along with safe driving, Stone holds time with family as one of the most important things in his life.

Being on the road for long stretches of time was difficult for Stone and his family.

Before the age of cell phones, finding ways to keep in contact with his family was a top priority. Though he sacrificed many weekends and holidays away from them, Stone always tried to be a part of as many big and small family moments as possible.

Barbara Stone explained, “It was just a way of life that we adapted to, and actually, it was exciting because it was different than other people’s way. But we enjoyed it.”

A true family man on the road and off, Stone always made the most of his time at home.

“My dad was gone for a while, you know, on the road. Then he would come back home and we’d spend a lot of time with him,” reminisced Stone’s son, Reed Stone.

“Whenever dad would bring his truck home, we would become famous, because everybody in my neighborhood would see the truck parked in front of the house. It’d be a special time, a great time.”

Though Stone credits the raising of his children to his wife, he never wasted a minute of time spent with them. It is clear by the pride and admiration with which they speak of him, he made a huge impact on their lives, and was never far from their hearts or minds.

Erika Howes, vice president of business development at Howes, noted that Stone is the first hall of fame inductee of 2022 and the first nominated by the public.

“The Howes Hall of Fame has gained a lot of momentum since we opened it in 2020, but this induction is extra special to us,” she said.

“Billy is the driver we all know is out there, who goes unnoticed or underappreciated, but still works hard to make sure we all have what we need in our daily lives. He is the type of person we want to hear about from people in the field. Someone who inspires others, who goes above and beyond. Billy, and others like him, know they’re special to their family and friends, but we’ve developed this platform to let them know they’re special to all of us as well. It’s extremely important to us that people head over to the Hall of Fame and get nominating, so we can fill it with amazing inductees like Billy.”

Stone is also the first inductee featured on the new Howes Hall of Fame Virtual Reality Platform – an experience launched at the Mid-America Trucking Show this year. Visitors with access to VR headsets compatible with AltspaceVR can dive into an immersive experience when visiting the site. The simulated Hall of Fame features games and challenges and can provide interactive experiences with other visitors from around the world.

Both the current digital and new virtual versions of the Hall offer interesting facts about trucking, farming, the Howes company, and of course, the phenomenal inductees.

“I’ve been proud to do all these years and all these miles,” Stone said. “But being recognized for it, that’s a big deal. It’s a feeling I can’t get over.”

To visit the Howes Hall of Fame online, click here.