DES MOINES, Iowa — Harvey Justice may have only been driving a black and chrome TMC Transportation truck for four years, but it could be said that trucking has been in his blood for a lifetime. Trucking is a passion that was passed down through his family; as a kid, Justice drove around his house in Kentucky.

As an adult, he followed that dream and became a professional truck driver, running local routes before signing on with TMC.

After driving solo for a while, Harvey decided to help new drivers at TMC get their start by becoming a driver trainer for the company. TMC recently recognized Justice’s contributions by presenting him with the company’s trainer of the month award. Recipients of this award exhibit a passion for the success of others.

“Harvey does a great job as a driver and a trainer,” said Jeff Geist, training coordinator manager for TMC. “He has always been willing to take on any challenge we send his way. Harvey is always positive and friendly, which goes a long way when training new drivers. Harvey has had great success with trainees graduating to a truck, staying with the company and being safe.”

Justice said that serving as a driver trainer has taught him a lot — things like being patient with family, the importance of learning, and being able to adapt to your surroundings.

“Training opens your eyes to things you didn’t see before. You want people to make it. You learn to respect others. You really get to understand the training policy and why it is in place,” he said.

Justice discussed the importance of being able to adjust his training style for each trainee.

“No two trainees will train the same; it is important that the trainer adapts their teaching style to suit the needs of the trainee, not the other way around,” he explained.

Justice also noted that “the mental side of being a trainer and a truck driver is probably the most important part.”

While the money he earns is a great benefit, Justice said that, for him, the ability to be home on the weekends is the most important aspect of the job. Having weekends off gives him time to wind down mentally and physically. He spends time with his family most weekends, catching up on anything he missed during the week.

Justice has this advice for anyone considering a career at TMC Transportation: “Be patient. That is the key to being a successful driver. Trainees must be willing to learn because you don’t make money without learning,” he said.

Each month, a TMC trainer is chosen who demonstrates outstanding qualities. The trainer of the month recipient is chosen based on their safety record and the safety performance of their trainees, the number of drivers trained and the retention percentage of those drivers. 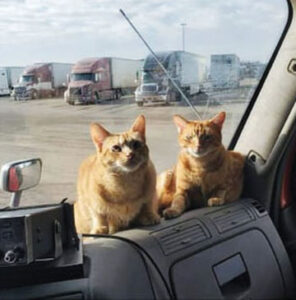 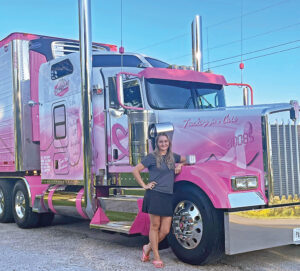