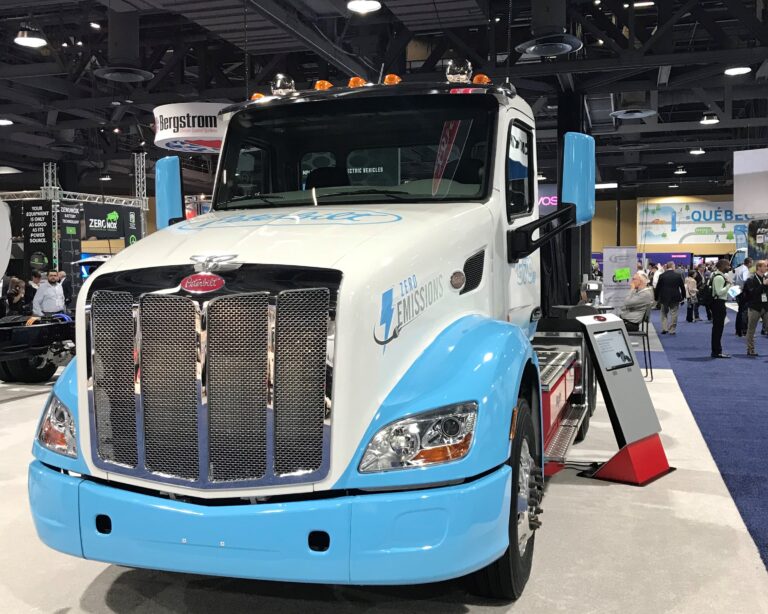 “Peterbilt has invested in the integration of electric powertrains into a wide range of existing products and customer applications for development and testing,” said Peterbilt’s Chief Engineer Scott Newhouse. “Today, we have 14 electric vehicles built, on our way to more than 30 by the end of the year, for real customer routes and to analyze performance so that our production options meet the standards customers expect when buying a Peterbilt.”

In addition to the Peterbilt booth display, six 579EVs were showcased at the front of the exposition center representing some of the Peterbilt electric vehicles that are in the hands of customers.