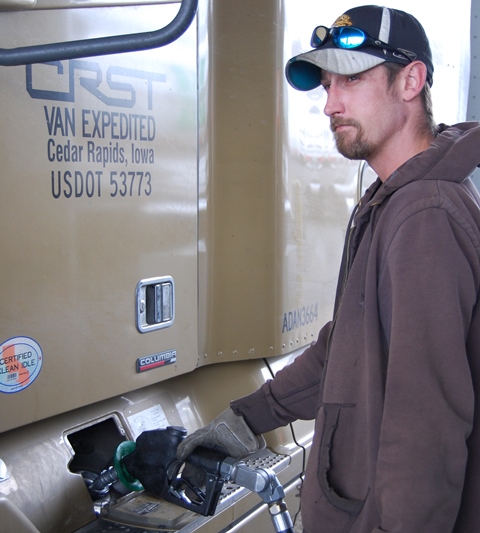 Despite explosions and civil unrest in oil exporter Venezuela this weekend — leading some analysts to predict that oil (and consequently diesel) prices will soon zoom back up — on-highway diesel prices Monday went down a scant 3 tenths of a cent to $3.223 a gallon from $3.226 the week prior.

Diesel has edged up or down by miniscule amounts over the past several weeks and the U.S. Energy Information Administration (EIA) reported that the Rocky Mountain region stayed the same ($3.361 a gallon); the Central Atlantic region went up three tenths of a cent to $3.393 from $3.390 the week of July 30; and the rest of the regions (there are 10 total) saw diesel prices decrease by the merest of degrees.

Professional truck drivers in the Gulf Coast region were paying the least for diesel Monday, where it’s ringing up at $2.995 a gallon, the cheapest in the U.S., while haulers in California were paying nearly $4 a gallon at $3.943.

Opponents of Venezuela’s president Nicolás Maduro are braced for a government crackdown following what appears to have been an attempt to assassinate him over the weekend using two drones packed with explosives. Inflation is so out of control in the country that some Venezuelans have had to eat their pets to keep from starving, according to one financial analyst’s report.

Oil futures gave up most of an early gain Monday, but still finished higher, The Associated Press reported.

For more details on diesel prices by region, click here.

Diesel prices down 3 tenths of a penny to $3.223; Venezuelan unrest could cause higher oil, diesel prices

Dont fall for the okee doke!