Ask the Attorney by Brad Klepper The Nation

Thanks goodness it is finally here — Election Day! I am writing this article on the morning of Nov. 3, 2020, and I am the happiest I have been in a quite some time.

Why am I so happy? I am happy because the election is finally coming to an end. I have grown so sick of all the personal attacks, outright lies, half-truths and other crap from BOTH candidates. I am tired of hearing about voter fraud, voter suppression and everything else.

I am just tired of all of it.

Now, don’t get me wrong. In the past, I have enjoyed politics, especially the part where people had civil discussions about the issues and the specifics of what each candidate would do if elected. Let’s be honest … this should be how you determine which candidate you support.

Unfortunately, this is not happening with this election.

Of course, just because I want it to end soon does not mean that will happen. In fact, based on what I have seen and read, I expect the exact opposite will occur. What I mean is that I do not expect a winner to be declared tonight (Nov. 3). Or tomorrow. Or this week. However, we will have a president on Inauguration Day; the U.S. Constitution requires it.

How does that work? I’m glad you asked.

The first thing you need to remember about the election is that the states generally have more than a month to count all the ballots. This includes all the absentee ballots, overseas ballots and military ballots.

As I mentioned earlier, the deadline for states to count the ballots and certify results vary state by state but generally must be completed by Dec. 12 of the election year. Keep in mind that it is the states, not the federal government, that certify these results. The courts are and will be reluctant to get involved.

Of course, some of you may recall the 2000 election (“hanging chads,” anyone?) in which the U.S. Supreme Court got involved. However, the thing to remember there is that the Supreme Court ended Florida’s vote recount because time had expired before the state electors were required to vote. Something similar would need to occur in this election.

After state certification, the state electors must cast their electoral ballots by Dec. 14. As you know, the candidate with 270 electoral votes wins.

However, what happens if election issues persist and prevent a winner being declared? In this scenario we look to the U.S. Constitution, specifically the 12th Amendment.

In the event of an absolute train wreck of an election, the 12th Amendment states that the House of Representatives will elect the president and the Senate will elect the vice president. (It is worth noting that it would be the “new” Congress that enters in January that conducts this contingent election.)

In the House of Representatives, each state delegation may cast a single vote, with 26 votes needed to select the president. In the Senate, each senator gets a vote; 51 votes are required to elect the vice president.

So … what happens if the House of Representatives fails to determine a winner in the contingent presidential election by Inauguration Day (other than absolute political mayhem and me developing a facial tic)?

Of course, if we get this far you will find me curled up in fetal position behind the sofa quietly weeping.

The commentary is provided by Brad Klepper, who writes a regular legal column for The Trucker’s print editions. Klepper is president of Interstate Trucker Ltd., a law firm entirely dedicated to the legal defense of the nation’s commercial drivers. Interstate Trucker represents truck drivers throughout the 48 states on both moving and nonmoving violations. Klepper, a lawyer who has focused on transportation law and the trucking industry in particular, is also president of Driver’s Legal Plan, which allows member drivers access to his firm’s services at discounted rates. He works to answer drivers’ and carriers’ legal questions about trucking and life over the road. For more information, visit interstatetrucker.com or driverslegalplan.com. 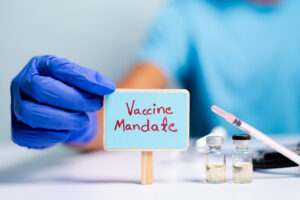 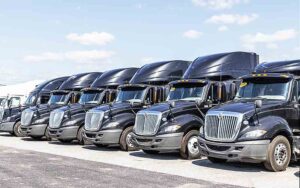